The Magicians: Escape the pandemic to the magical land of Fillory

22 May 2020 | Email | Print |  PDF
Issued by: Showmax
The fifth and final season of The Magicians is now available to binge first on Showmax. Season 5 has a 100% critics rating on Rotten Tomatoes and is “without a doubt a satisfying conclusion to an amazing five-year series,” according to TV Fanatic.

Based on the best-selling novels by Lev Grossman, The Magicians centres on a group of friends as they discover their magical abilities at Brakebills University and ward off evil creatures who threaten to destroy Fillory, the magical world they’ve come to know.

All four previous seasons of The Magicians have been nominated for Best Fantasy TV Series by the Academy of Science Fiction, Fantasy and Horror Films, while the series has an overall critics rating of 91% on Rotten Tomatoes.

Memorably described as “Harry Potter meets The Chronicles of Narnia meets the cold, harsh realities of real life” by The Verge, The Magicians was SYFY’s longest-running show on air when it ended this year. The cult favourite has been hailed as “the most entrancing fantasy available on television” by Salon, “the funniest fantasy show on TV” by Indiewire, “the most sexually aware show on TV” by io9, and as “a fantasy show for people who love fantasy shows” by AVClub.

[Spoiler alert] Last season, magic was saved, but at a terrible cost: the life of Quentin Coldwater (Jason Ralph), who died heroically to save his friends— and the world. Julia (Stella Maeve), Alice (Olivia Taylor Dudley), Eliot (Hale Appleman), Margo (Summer Bishil), Penny (Arjun Gupta) and their friends (and frenemies) must learn to navigate a world without him while facing a new threat: in freeing magic, the balance tipped the other way and there’s too damn much of it. As the excess builds, an apocalypse looms. Can the magicians get their sh*t together to save the world without Q?

Admittedly, killing off the show’s lead character in last season’s finale was a controversial move. As Collider says, “To be perfectly honest, I was not looking forward to The Magicians Season 5. The SYFY series has long been one of my favorite shows on television, even more so when it started leaving Lev Grossman’s phenomenal source material behind and began carving out its own path. But the Season 4 finale, in which the show’s lead character Quentin Coldwater (Jason Ralph) sacrificed himself to save his friends and thus exited the series, broke my heart. The hero of this story, the character who so deeply drew me into the world of The Magicians and made me fall in love with this brash, bold fantasy series (first in the books, then onscreen), was gone. I don’t mean to be dramatic, but it’s hard to imagine watching one of your favorite TV shows without its leading character.”

But as Vox points out, “The Magicians has always cheekily leaned into the idea that heroes in fantasy stories too often look like Quentin — which is to say white, male, and conventionally attractive. But most of the show’s characters other than Quentin haven’t fit that paradigm, and arguably Quentin himself, who was bisexual, didn’t either. So killing off Quentin also functions as a kind of meta-commentary on The Magicians’ attempts to transcend both its genre and its source material, in which Quentin remains alive through the end.”

Despite their initial skepticism, Collider, like many others, was won over by Season 5. “The show’s writers find compelling ways to make Quentin’s death meaningful, and it results in some fascinating and ultimately forward-thinking character developments. Moreover (and maybe most importantly), The Magicians is still tons of fun. There are weird creatures, off-colour jokes, and plenty of fantastical twists and turns. And that’s The Magicians Season 5’s greatest triumph. That it feels at once like it’s moving on from the loss of its central character, but also still feels like the same show I came to love.”

While fans quickly launched online petitions to save The Magicians, the cast members took to social media to say their fond farewells to Brakebills University and the magical world of Fillory.

It’s with a heavy heart, that after 5 glorious seasons THE MAGICIANS will not be renewed for a sixth �� To say this show changed my life would be an understatement. It has been the most magical gift, and I feel so lucky to have been a part of it. Playing Alice Quinn has been an honor. I love her dearly and I will miss her so ������������ Thank you Lev for writing these books with beautiful worlds that we all got to play in for 5 years. I can’t thank our incredible Showrunners, EP’s, Directors, Writers, Studio/Network, and Crew enough. This cast and crew is my family and it’s going to take me a while to process not getting to spend 16 hours a day with them. Every person involved in this show poured their hearts and souls into every moment and I’m forever grateful for them. But none of this would have been possible without the fans. Our fans are the most passionate giving people out there. Thank you for making this experience so moving and heartfelt. I love you. I’ve been going through my phone all morning trying to figure out the best group of photos to post on here and I got overwhelmed with the literal tens of thousands of amazing memories I have of the last five years. Way too many photos to post so I’ll leave this one photo I took the first week of filming five years ago. Please excuse the flood of behind the scenes photos I’m gonna be posting over the next few weeks while we still have five incredible episodes left of our beloved show ❤️ #themagicians

It was the most creatively fulfilling part of my career to have a scene partner like Hale Appleman love him to the moon and back and loved this photo a friend took when I shot my last scene of the show on the last night of filming with @halebofosho it was nice way to close out the last five years. #themagicians

SALUD!! All You Magicians, both old and young .. I humbly and sincerely Thank You for Believing in us .. And I thank you for your incomparable support since 2015 .. We worked SO VERY HARD making this wonderful and unique TV series about Magic week to week for 5 years .. I learned so much .. Not only about myself, but a macro-perspective on the people both within and without "The Industry" and the mechanisms of running a successful Television Program .. I have met SO many WONDERFUL fans .. At conventions ������, airports, airplanes, restaurants, bars, coffee shops, and even walking through a mad-house of hundreds and hundreds of people in Times Square at midnight .. And they ALL say the same thing: WE LOVE THE MAGICIANS!!! Thank.you Magicians Fam, because WE LOVE YOU ������ And we existed because of you .. THANK.YOU XOXO .. And as I write this, in honor of easily one of the BEST Characters ever in my charge, in a career of 33 years (and counting! :)), Dean Henry Fogg .. I salute you Henry .. And I sip a fine, fine Scotch in a very cool, off the grid hotel in honour of you :)) .. Thanks again, and disfruta the rest of Season 5 of The Magicians .. Love You Mucho XoXo @magicianssyfy #TheMagicians #TheMagiciansFam #TADA #FromTheDeansDesk #LetsSeeSomeMagic


We’re as sad, and grateful for the magic, as anyone. But at a time when everything is up in the air globally, there’s also something reassuring about committing to a show that you know has an ending, and a good one at that.

As The Atlantic wrote, “It’s a story made more powerful now, given current circumstances. At a time when many of us are experiencing our own moments of sadness and anxiety, The Magicians series can be the escape the Fillory books were for Quentin... With so many people currently seeking out escapism in all its forms, SYFY’s The Magicians is a fantastic binge watch, an all-consuming experience with just enough light to distract from the global pandemic.”

Fall under the spell of Seasons 1-5 at www.showmax.com.

Showmax is an internet TV service. What sets Showmax apart is a unique combination of hit African content, first and exclusive international series, the best kids’ shows, and live sport. For a single monthly fee, get unlimited access. Start and stop when you want. No ads. Cancel anytime - there’s no contract.

Showmax was born in 2015. The service is available throughout sub-Saharan Africa and to selected diaspora markets worldwide. For a free trial, visit [www.showmax.com]].

Showmax is internet TV that lets you stream or download the best series, movies, kids' shows and documentaries. Watch Showmax now on your phone, tablet, laptop or TV.
About Us | News | Contact 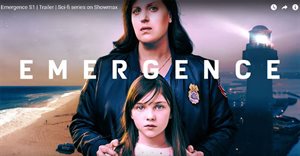 ShowmaxAll the chills, all the feels, and the cop we've always wanted in Emergence, now on Showmax12 Mar 2020 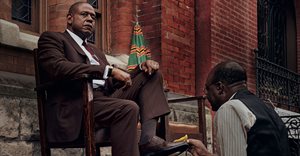 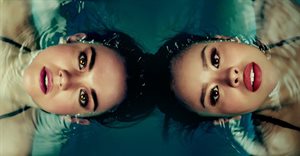