The right to education: An insider's perspective over the past 25 years

31 Mar 2021 | Email | Print |  PDF
By: Jackie Carroll, Issued by: Optimi
The last year has made the rights enshrined in South Africa's Bill of Rights more relevant than ever before. Prior to Covid-19, many of us simply took the right to freedom of movement for granted, as well as the right to freedom of trade, to healthcare and to education. Although these rights are experienced to greater and lesser degrees by South Africa's citizens, we never imagined that a pandemic would force their realisation to be temporarily suspended for all.
The one-year anniversary of the pandemic this past month, together with Human Rights Day, has forced me to think of the ways in which education has evolved from a human rights perspective over the course of my career. Here’s what I have learnt in the past 25 years.

When Media Works began in 1996, the demographic we worked with was very specific. The learners completing our adult basic education and training (ABET) programmes were mostly Black men in their 40s who had previously had very little or no access to education. Very few women attended our courses because they still weren’t part of the formal employment sector.

I’ve always felt that the profile of our learners is indicative of the ways in which the right to education was being exercised. In those early years, the aftershocks of apartheid were still being acutely felt.

Nevertheless, this was a pioneering time for our business. We were the first and only company providing computer-assisted training for adults. Armed with towers, monitors and floppy disks, we went to remote areas to train workers in the mining and agricultural sectors using what, at the time, was the latest technology. We knew that it was the only way we were going to make an impact while keeping quality consistent.
The arrival of SETAs: 2000 to 2010

At the start of the new millennium, the Sector Training and Education Authority (SETA) system started to gain momentum. These SETAs prioritised adult education across various sectors and fundamentally changed the way we worked. We were invited to train up to 15,000 people at a time through our multimedia programmes, and developed a strong relationship with the AgriSETA in particular.

It was during this time that we started to translate our content. We made our ABET level 1 material available in all 11 official languages and also, through funding we received from local government, in Braille and sign language. If anything defined this era, it was the government – in collaboration with the private sector – living up to providing education for all.

Towards the end of this decade, we also released Accelerate, our flagship product that was intended to fast track the ABET process for learners who had found it slow and poorly managed in the past.

The years 2010 to 2020 were all about developing and improving online learning and, ironically, our ability to make our online content available offline, too. While technology improved dramatically, we found that South Africans were hamstrung by the high cost of data, hence the demand for data-friendly and offline content.

By now, we were also noticing a massive shift in our learner demographics. Not only were our learners younger and more evenly balanced in terms of gender, they also had a stronger academic starting point. This meant that the basic education they were receiving at school was vastly superior to what it had been for learners during the apartheid years. The right to education, formally expressed in the Bill of Rights in 1997, was bearing fruit.

Of course, Covid-19 did not rescind the right to education, but it certainly complicated the ways in which it could be realised. Educators were forced to move learning online, which shone a spotlight on the pervasive inequalities in South Africa’s education system, but also opened up the space for stronger public-private partnerships.

As we become aware of these issues in our system, proactive steps are also being put in place to address them. Foundational Learning Competence (FLC), for example, is a qualification that addresses communication and mathematical literacy and helps adult learners who need to apply these skills in the workplace. It also ensures that learners are able to cope with further learning, and so increase their chances of success. Going forward, FLC will continue to gain momentum.

Working in South Africa’s education sector for a quarter century has taught me that the right to education is certainly being borne out. Quality remains the abiding issue, and there are gaps to fill, but the ways in which the educational sector is evolving are encouraging. Here’s to the next 25 years.

Jackie Carroll, the MD of Optimi Workplace, is the co-founder of Media Works, South Africa's leading provider of adult education and training for 25 years.

The Optimi group provides offerings in 4 divisions: Home, Workplace, Classroom and College. Together, these divisions service over 200 000 learners per annum.
About Us | News | Contact 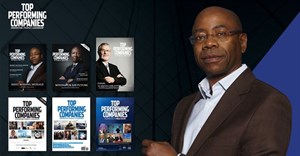 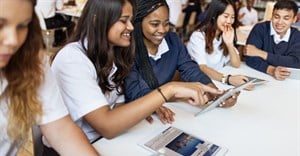 Tech should be an enabler for education, not a barrier25 Jun 2021 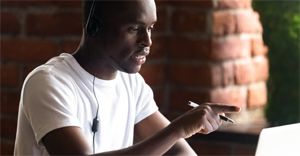 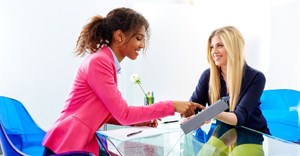 Finding your first job: a step-by-step guide for grads2 Dec 2019 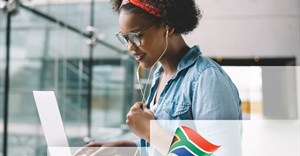 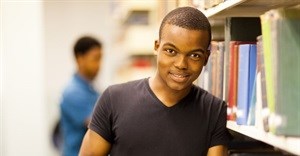 The many wrongs of the right to education20 Mar 2019 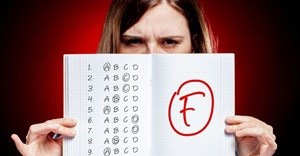 Unhappy with your matric results? Here's what you can do8 Jan 2019