The aspiring artist was drawn into the initiative by the names involved in the project. “Sun EL-Musician and Tresor are extremely influential in their unique ways, and a chance to work with any of them is crazy. On top of that, Hunters and JCH just added another layer of professionalism to the project,” says Nico. On what it feels like to be crowned the third-round winner, Nico says, “It feels so weird but in a good way. It hits me at random times in the day, and I never really feel like I absorb it. It feels so surreal to be chosen to work alongside artists who have had such a big impact on my personal sound and the South African, and global music scene.”

Born and raised in East London in the Eastern Cape. Nico Efstratiou picked up his first musical instrument, drums, at age 11 and has not looked back. Over the next eight years, he learned to play more instruments and started getting into production and DJing. “I am pretty much self-taught with everything, and that is something I will continue doing. I love learning new things. It is something that took up a lot of my time growing up.”

Able to play several musical instruments, Nico draws a unique characteristic to his music, resulting in a versatile catalogue that can cater to clubs, radio, or even casual listening. Although he enjoys making music that people can dance to, he has a great storytelling ability and uses his superb songwriting skill to this effect. A wide range of influences has inspired his production of techno and house music that blends melodic figures, groovy percussion, and dark basslines.

On specific inspirations for his sound, “My strongest musical influences are Ryan Murgatroyd, Monolink, &ME and ironically, Sun EL-Musician (mentor for this third round of the incubator). It is tough to single out more than those artists because I really love what the South African scene is putting out now. Outside my realm of music, I love film/cinematic music - Hans Zimmer would have to be a standout there. Honestly, the more I learn, the more inspired I feel, so reading books and watching films help me a lot. I also feel super inspired after watching my soccer team win (haha),” says Nico.

When asked why he chose music, “I think there is something truly special about the synergy that music can bring. You can be in a room with a hundred other people of different cultures, interests, careers or even languages, but we can experience the same energy in that room. For that moment, we are all equal through the power of music. Regardless of where you are from or what you do, we can look each other in the eyes, and for that moment, we can be absorbed into a universal, musical world,” answered Nico. Nico Efstratiou’s most recent work aired on 5FM’s In Das We Trust; premiered on Deep House South Africa; and featured on the Swedish blog, House Music with Love. He has had the opportunity to play at various events, such as Electric Alley, and Naturally Deep. As of late, he has been a resident of Salted’s Sunday School Sessions in Stellenbosch.

“It is a dream to work with Sun-El, I’ve also been struggling to find a place for my music, so I’m hoping that maybe this will open one or two doors for that, but I’m being patient,” continues Nico. Hunter’s X JCH, a partnership between multi-award-winning African Pop Maverick, Tresor and Hunter's, South Africa's most refreshing cider aims to create platforms and open doors for up-and-coming musicians to showcase their music on a national scale. Whilst giving young musicians access to the music industry, the collab also aims to be an empowerment platform providing support and career development through ongoing mentorship and industry knowledge sharing. #Refreshing the Rules of the music industry.

“I would also love to try and work on something with some of the other contestants I’ve met. I have kept in contact with a few of them, and we are slowly testing the waters. Music has given me an outlet that nothing else has been able to match yet. Ever since I started, my intuition kept pointing me towards musical instruments. On top of that, I feel like I’m able to meet people and experience new places through music. I also think that this is where I belong. I believe I can make an impact here, and hopefully, I can inspire and motivate people to achieve what they want to,” concludes Nico.

The next round of talent show entries is open. Durbanites are in for a treat. Co-founder of VTH Season, Ninel Musson and award-winning singer-songwriter Shekhinah will be sharing some of their expertise and industry knowledge as the artist mentors. All aspiring talent in and around the city can sign up. You need to go to the official campaign websites: https://hunters.co.za/culture-house/ or https://linktr.ee/JacquelCultureHouse, enter your details and a link to your best song.

Hunter’s Premium Cider promotes responsible drinking. Not for persons under 18.

Hunter’s offers a burst of real cider for guys and girls looking for refreshment from the first sip. Hunter’s was launched in 1988 as a refreshing, masculine alternative to beer. Its popularity has grown since its launch, making it the second largest cider brand in South Africa and the African continent and the go-to thirst quencher for every occasion. The Hunter’s range includes Hunter’s Dry, Hunter’s Gold, Hunter’s Hard Lemon, Hunter’s Export and Hunter’s Chilled Alc-Free.

Distell, a global business with roots in South Africa, produces and markets a diverse portfolio of award-winning alcoholic brands that have been crafted by extraordinary people across the world. Some of these brands include Amarula, Savanna, Hunter's Dry, Durbanville Hills and Nederburg. 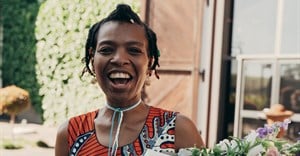 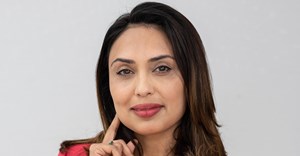 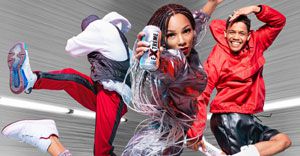