Railey Mwai and Mysha Hodson on the Team Sayari set

Following field production commencing earlier this year, as well as the announcement of the local hosts, The Walt Disney Company Africa, together with its project partners, National Geographic, the US Department of State, the US Agency for International Development (Usaid) and WildlifeDirect have today revealed both the title and the set of the highly anticipated National Geographic Kids programme.

Inspired by the programme’s aim to motivate lasting, impactful behavioural change in young viewers across the continent and create the next generation of environmental conservation leaders, the programme will be titled Team Sayari. Incorporating the Swahili term for ‘planet’, the title embodies the programme’s goal – to provide viewers with the knowledge, skills and tools needed to conserve and protect the natural world, in a fun way.

In the series, the young presenters will visit the wild to meet African experts in five countries across the continent to explore, discover, learn about our environmental challenges, and be inspired to reduce their impact, protect and restore nature.

Filming has also commenced in a custom-built set in Nairobi, the Sayari basecamp. A first-of-its-kind in Kenya, the set embodies childhood imagination and adventure with a tree house-inspired hideout that is locally built and designed, including African-inspired and nature-based motifs, coupled with elements of advanced technology. It comes complete with a mission control wall, a cosy chill area and a lively interview spot. The Sayari basecamp was produced almost entirely from recycled and upcycled materials, true to the ethos of the show.

The central feature is a gigantic tree, with a textured trunk named Funzi (derived from the Swahili word for learning) featuring interactive artificial intelligence technology and a DNA helix, and which imparts knowledge about the environment and challenges our young presenters. To impart a sense of movement, Funzi’s inner section spins slowly during interaction.

Wood panelling, leafy foliage and porthole-style windows complete the ambience of a hideaway nestled in a tree, high in the sky. Upholstery on the furniture, that was made from organic materials, features dual-level African print, which provides layers of texture and pops of colour. The set’s shelving is hand-crafted, adding an element of quirkiness to the design. A live-edge table where the markings of the tree have been preserved for a raw look, will be dressed uniquely per episode. Marita Lucas and Shanah Manjeru on the Team Sayari set

At basecamp, Funzi gives the studio presenters, Mysha Hodson (13), Marita Lucas (12), Shanah Manjeru (14), Railey Mwai (10) and Adarsh Nagda (12) missions to complete, laying the foundation for the many adventures and fun throughout the episodes. It is also from this intriguing environment that they will link with other presenters from East, West and South Africa.

Team Sayari is the result of a collaborative effort between National Geographic, The Walt Disney Company Africa, Usaid, the US State Department and WildlifeDirect. The series, produced by local production company White Rhino Films aims to celebrate the environment and raise awareness of conservation and associated issues in a fun and relatable way, will air later this year on both National Geographic Wild and Disney Channel across Africa. There will also be engaging digital extensions on social media platforms that will allow viewers to further explore topics addressed in the series as well as an outreach programme that will extend the reach of the programme into countries in sub-Saharan Africa. 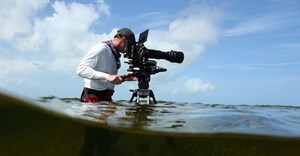 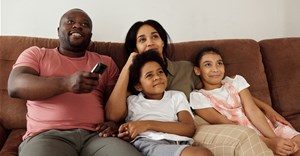 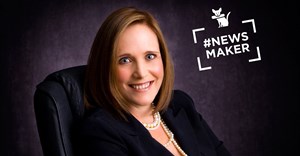 #Newsmaker: Jacaranda FM's Deirdre King; "Radio has been gifted a unique opportunity to reinvent itself"17 Aug 2020