17 Oct 2022 | Email | Print |   PDF
Many South Africans have taken to social media threatening to boycott Dis-Chem for its enforcement of a moratorium on the appointment and promotion of White employees. In a now widely shared internal letter to senior management dated 19 September, the listed pharmacy retailer's chief executive officer, Ivan Saltzman wrote: "Following a review of the employment equity profile and the recent BBEEE verification process, it is evident that our organisation's efforts to affect transformation in terms of our employee profile remain inadequate in spite of the regionals making some inroads.

"Remember, we are growing at a fast rate and a few appointments other than White don't cut it. It's the ratio between Black and White that counts. So when no suitable Black candidate is found and a White is appointed, we need several Blacks just to maintain the status quo, never mind moving forward.” The letter noted that, from 19 September, a moratorium would be placed on the appointment of White individuals. "This includes external appointments and internal promotions," Saltzman stated in the leaked letter.

He said the achievement of set employment equity targets would be incorporated into the bonus structures of management and the "allocation will be issued in due course".

"This will form a large part of your KPAs, probably a third. This is for real, each region has a base from which to work and a target."

Saltzman said no managerial appointments (including senior, middle and junior) were to be made without his "direct approval as CEO".

As a JSE-listed business, if Dis-Chem fails to improve its employment-equity profile and is found to be non-compliant with the Employment Equity Act, it faces a hefty fine. News24 reports that fines for non-compliance have been increased to a maximum of R2.7m or 10% of annual turnover, whichever is the greater, for repeat offenders.

Saltzman said in the letter that the "harsh measures" (i.e. the moratorium) were necessary if Dis-Chem wanted to remain profitable and avoid a potential fine of 10% of turnover, which he said would cripple the business. “This is a real threat at this stage,” he said.

What employers should know about the new employment equity laws

Dis-Chem said it is aware of the memo circulating on social media on how it's addressing employment-equity targets in the group.

Dis-Chem stated that it stands by the "unequivocal imperative" to continue its "transformation journey". "Equality and diversity are important to Dis-Chem, and the group continues to make great strides in ensuring it maintains progress in this area. It is a proudly South African business which promotes inclusivity and representation of all South Africans in their capacity as key stakeholders,” the company said.

"There is a massive moral as well as legal difference between including preferred candidates for positions and excluding a whole racial group for positions," he said. Solidarity is consulting with its legal team in case Dis-Chem refuses to remove the policy.

In a tweet, ActionSA leader, Herman Mashaba called the internal memo circulated by Dis-Chem "racial and divisive" and said that racial quotas have contributed to South Africa's racial woes.

As far as I am concerned, that letter by the CEO of Dischem was racial and devisive. Racial qoutus contributed to our current economic woes.
Hire South Africans on Merit, and focus on investment in training where you experience weaknesses. https://t.co/Qk9NrwfnlU

Kganki Matabane, chief executive officer of the Black Business Council, welcomed measures to address racial disparities at a management level and pointed out that "If you look at the customers of Dis-Chem they would be more than 70% Black people so our issue is that ultimately the management, the ownership of companies and control of the economy should reflect the demographics of the country."

Matabane said companies in general were not meeting their own employment equity targets and said that "when we look at the JSE-listed companies, the CEOs are still almost 70% White males, so something needs to be done to change this."

Meanwhile, the Democratic Alliance (DA) said Dis-Chem's moratorium and the "desperate letter" penned by Saltzman "underscores the panic engendered by pending changes to employment equity (EE) legislation". The political party said that the Employment Equity Amendment Bill, which the DA has opposed in Parliament and which now awaits the president's signature, is a "damaging and destructive exercise in social engineering".

The DA said the Bill empowers the Minister of Employment and Labour to set numerical EE targets for any national economic sector after a "vaguely defined process" of consultation with the relevant sectors.

"The Minister will be able to set targets for different occupational levels, sub-sectors or regions, backed by hefty fines for non-compliance. The Bill facilitates the reintroduction of race quotas by another name. Inevitably, the new EE regime will deter investors, undermine economic growth and jeopardise jobs at a time when many businesses are on their knees.

"It is against this backdrop that Saltzman’s letter must be understood. Businesses are in a tailspin at the thought of sacrificing 10% of their turnover on the altar of the ANC’s racial madness," said DA's Shadow Minister of Employment and Labour, Michael Cardo.

Take a look at some more of the public reactions below:

To those opposing affirmative hiring policies at #Dischem.

1. Redress is not reverse racism. Your opposition to inclusion seeks to entrench apartheid color bars in exec jobs.

2. Threatening to boycott dischem will not stop over 80% of South Africans from buying from dischem. pic.twitter.com/28qn7nDbqx

I’m not particularly sure what the outrage is about.

This #Dischem memo is demeaning in so many ways!

This proves that #woke leftists have no problem with “institutional racism”, so long as it does what they approve of!

This is actual institutionalised #racism, and it should have no place in a supposedly “non-racial” society. pic.twitter.com/vCtSpYtw0C

Well done @Dischem We need more companies like Dis-Chem in South Africa if we are to correct the injustices of the past. ����❤️���� #Dischem https://t.co/sMe08lnGg3

The #Dischem letter has elicited high emotions. Sadly this has resulted in blatant aggression towards Jewish South Africans. We condemn these vile comments in the strongest terms. 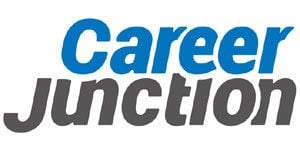 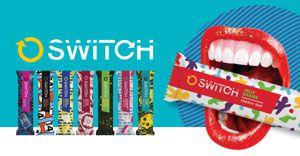 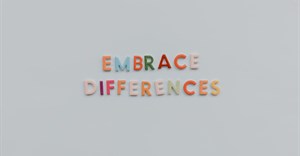 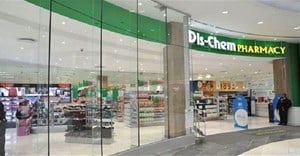 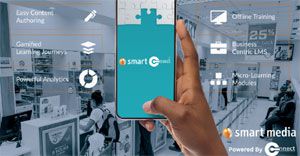