By: Bronwyn Williams
Selfie-culture is changing both the way consumers see themselves - and the way that humans look. “Everybody is starting to look the same. It is bizarre how everyone has the same facial features now. One person dyes her hair brown, everybody dyes her hair brown. I think people lose all sense of themselves. It’s unfortunate.” - Actress Milla Kunis

Young selfie-addicts around the world are now trying to re-create themselves, through the aid of professional-quality “contouring” makeup techniques and even plastic surgery, in the image of the filtered and photoshopped versions of themselves that they portray on social media.

People now see their doctored Instagram and Snapchat photographs as their “real self.”

In China, it is not uncommon for someone to refuse to let someone take a photograph of them unless they can edit the resulting image themselves, just the way they like it before they return the camera or phone to its owner.

“In the same way that you would point out to your friend if her shirt was misbuttoned, or if her pants were unzipped, you should have the decency to Meitu her face if you are going to share it with your friends.” - Cai Wensheng, chairman of the popular Chinese social network, Meitu’s chairman

Meitu by Meipai is a hugely popular Chinese photo-sharing social media app, similar to Snapchat, at the centre of this new wave of widespread identity and body dysmorphia. Playing into consumers’ natural vanity and desire to be popular, the app is designed to make its users look at attractive as possible, so that they will keep taking and posting more photos with the service.

Meitu users typically spend up to 40 minutes editing their images using the app’s sophisticated beauty filters and editing tools before posting. The resulting impossibly perfect images, which all tend to conform to a homogenous, youthful, wide-eyed, somewhat Westernised version of Asian beauty is known as “internet celebrity face” style.

Young users of the service are known to take their edited photographs of themselves to plastic surgeons so they can be surgically modified to have their “internet celebrity face” in real life too.

Although plastic surgery to make one look more like one’s ideal self is still less common among Western teens, the “internet celebrity face” phenomenon is most definitely not limited to Asian pop culture. The popularity of standardised photo editing apps and filters found in apps such as Snapchat, Instagram and Meitu are creating an interesting counter-trend towards the homogenisation of global beauty standards; as the world gets smaller, people of various cultures are clambering to look more alike.

As such, the popularity of “ethnically ambiguous” celebrities, such as the Kardashians is no surprise - with enough contouring makeup and filters anyone, from any racial background, can aspire to their look.

“[Social media] absolutely perpetuates one aesthetic. It’s like looking at a bunch of clones. They’re botoxed, filled and surgeried to look like Kim.” – “‘Instagram Face’: Is It the End of Good Makeup?”, New York Times

#BizTrends2018: Plastic surgery and the power of social media 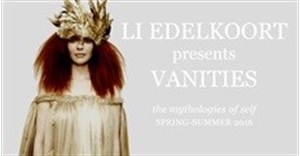 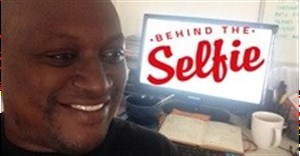 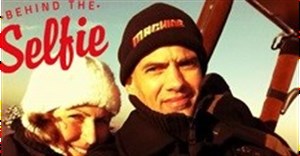