By: Eugene Yiga
Is today's world making men obsolete? If so, how can we avoid extinction? At a time when many of us are caught in the debate about what it means to be a man, how perfect that radio personality Nigel Pierce is teaming up with comedians Stuart Taylor and Kurt Schoonraad to answer these questions and more. It all started with a dare. Taylor and Schoonraad (former housemates and long-time friends performing together for the first time) wanted to see if Pierce could be as funny on stage as he is on air. "Stuart called me up last year and wanted to know if I'd like to be part of a comedy show called Men's Issue," Pierce recalled. "He took me to lunch and dinner for eight weeks, bought me gelato and a lollipop. I still said no. Then he started crying and bribed me and even promised me a rondavel at Nkandla. How could I say no?"

Then they had to find a director and co-producer to bring it all together into a unified show. "It had to be Heinrich 'The Hof' Reisenhofer," Taylor explained. "The guy is an award-winning director and the name behind the Joe Barber series. It was the final piece of puzzle that completed this company of male misfits."

The painful truth about male grooming

Schoonraad explained that picking the material wasn't hard because a group of successful middle-aged men would naturally talk about all things "manne". "In the last two decades men's magazines have set a daunting benchmark of ideals that 'desirable' men are now supposed to aspire to," he said. "This is surely something that needs to be addressed and interrogated with comic velocity, and, thus, the Men's Issue concept was born."

And so we have the show, which is presented as a spoof about maturing men making sense of the modern metrosexual world. (You've got to love the poster, which makes fun of a certain men's magazine that claims to come up with the greatest ab routine in the history of the world every single month.) In the space of just over an hour, the guys cover everything you need to know, including the painful truth about male grooming, gym fads from the last three decades (remember the Abflex?), a fashion makeover for a member of the audience, and a hilarious cooking demonstration that attempts to prepare a three-course meal in just seven minutes.

"This production is really about what men think, what they do and how they sometimes get it wrong," Reisenhofer explained. Speaking of which, my only issue with the show was Pierce's well-intended but probably inappropriate political rant at the end. Other than that, it was laughs all the way, especially during Taylor and Schoonraad's solo "interludes" between the sketches. Let's hope the magazines they're parodying take note!

Eugene graduated from the University of Cape Town with distinctions in financial accounting and classical piano. He then spent over two-and-half years working in branding and communications at two of South Africa's top market research companies. Eugene also spent over three-and-a-half years at an eLearning start-up, all while building his business as an award-winning writer. Visit www.eugeneyiga.com, follow @eugeneyiga on Twitter, or email moc.agiyenegue@olleh to say, um, hello.
Read more: Stuart Taylor, Stuart Taylor, Kurt Schoonraad The College of Magic takes the stage at Artscape6 May 2022 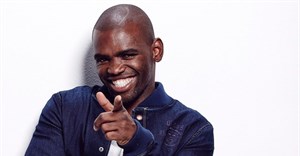 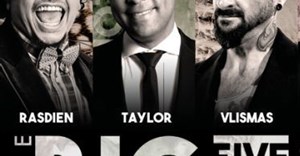 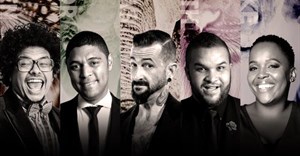 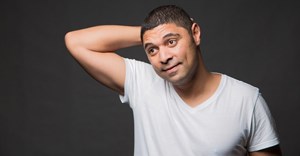