Apple - control freak or protector of the people?

By: Anice Hassim
A lot has been said about Apple's desire for control and what has been interpreted by many as an unnecessary exertion of power over its app store. But it boils down to this... if you spent a decade building an ecosystem of trust, a space where consumers could with almost a certainty understand the value (or valet) proposition being offered them, would you allow Adobe, Google or anybody else to say, "Hey, nice ecosystem you built there - we'll have it!"?
I think you would resist as well.

In the future brave new world, will we be able to trust that our children are growing up in an age-appropriate zone of media exposure on content that is not controlled by big media but by people media?

It is vital that an eight-year-old be an eight-year-old, and a ten-year-old be a ten-year-old in their media consumption. How can we achieve that in the current tech ecosystems? Microsoft's a dismal failure; Google seems to be an articulate, professorial alternative but it is strangely detached from the humanity in their DNA - so great ideas, but no human resonance at a consumer level - and Ubuntu is playing desperate catch up but is not even on most people's radars yet

Will we be able to trust corporations - that stand for nothing but platitudes, empty promises and rapacious business practices - with defending our choice of values, content and privacy and the complex relationship that exists between them?

In the emerging social cortex, the world is discovering new ways of doing things, but one of the big impacts of the 'net generation has been the rise of easy-to-produce-and-distribute content without thought to planning and debating the social spaces in which these would happen.

Apple is a company that has clearly been thinking about the consequences of technology. How does it change our world, and how do we need to protect our humanity within that new space? And Apple's desire for control is about managing that trust relationship.

And clearly consumers do trust Apple. Unthinkingly, Apple users respond to calls to action from the Mothership, not because they are mindless fanbois, but because each step along the Apple journey is evolutionary. Install an OS update, your device will be faster, smoother, do more! Invest in iTunes valeting your music collection for you in 2001 and today you are a shiny, happy music consumer, complete with album art, ratings metadata and with an experience in software and hardware that just gets better each year [Last week the latest version of iTunes tried to brick my iPod. This was not a happy experience, as you can imagine, but I'm glad to report that I now have a zombie iPod (it came back to life somehow). Not that I've tried plugging it back into iTunes yet... - managing ed].

Compare that trajectory with that of competitors... well, you can't, because no such other focused approach exists. A couple of months ago, after playing with Google's Nexus One Android handset, I came to the conclusion that I would rather be a subject in the Kingdom of Jobs than a citizen in the democracy of Google. Sure, you have choice in Google's platform, but no vision. Apple's eco-system offers a vision AND choice. As a result, it is consistent, compelling and clear.

Mismanagement of the brand in SA

A large part of the misunderstanding of the Apple brand is as a result of absolute mismanagement of the brand in South Africa.

Due to a complex mix of history, economics and relative priorities, SA is a major media market that is simply ignored by the Apple executives in Cupertino. As a result, South African consumers have no idea of the compelling power of the eco-system, and media owners and planners who are all being advised by specialists in the status quo, are being told the brand is elitist, expensive and will never be mainstream in SA.

Tell that to the 100 million new users of Apple iPhone devices over the past three years and the 20 million or so people who committed to buying new Macs over that period, most using them happily, free of viruses, malware and without instruction manuals.

Have you watched a three-year old with an iPad? We have! And we believe that this is the device that the African media market has been waiting for... something that is so simple to use, that you just pick it up and DO stuff with your fingers.

The Apple community is so highly transactional that it is almost second nature. The trust that Apple has built in "it just all works" means massive payoffs in lubricating the transactional space in its eco-system. People buy apps on impulse like sweets, often with the same lasting value, ie there is no consumer fear of the consequences of their choice on their device... very different to PCs and traditional handsets. [Er, my Twitterstream the last couple of years has been more and more been showing that sometimes it doesn't 'all just work'... - managing ed]

The way Apple users behave are a harbinger of future patterns of consumer behavior. The iPad is akin to a piece of alien technology teleported in from 10 years from the future. The people who are using it are going to change their behaviour in new and unforeseen ways. If you want to understand the consumer of the future, start examine the behaviour of these Apple users... they are distinct and unique enough to require a specialist approach as a media space.

Apple, in its mobile devices, are a mass consumer brand and nothing about SA, our people or our culture makes us special. When Apple is ready, and when Apple comes, Africans will respond to a brand as resonant to them as to a kindergarten teacher in San Francisco. And don't doubt that Apple is coming.

• In early April 2010, immedia attended the global launch of the Apple iPad in New York. Following that retail expedition, immedia gave key members of the media and marketing industries a 'test drive' of the device, to allow them to experience its full functionality etc. Bizcommunity.com was one of those recipients, as was AdVantage.

Anice Hassim is the CEO, Founder and majority shareholder of the immedia ecosystem. He is a speaker and educator around digital trends, strategy and marketing, and helps brands better understand and negotiate the digital space. Contact Anice on tel +27 (0)31 566 8000, email him at az.oc.aidemmi@ecina and follow him on Twitter at @anicehassim.
Read more: consumer trust, Anice Hassim, African market, Mac 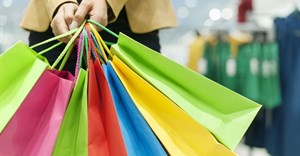 Do brands know too little or too much about their consumers?3 Nov 2020 #ECO19: How to build and sustain the trust of the online consumer25 Mar 2019
More related