The extensive music catalogue includes hits like Superwoman, The Way You Love Me, I’d Rather Be Alone, Can I Stay With You, Love Saw It and Secret Rendezvous.This promises to be an amazing night.

We chatted caught up last week…

What is your job description?

Good music is medicine to my soul. You can hear a song and it will remind you of where you were, who you were with, what you were wearing and what you were doing when you heard the song. Music is spiritual for me.

My music is about…

What is your motto?

Faith over fear – you need to have faith knowing that regardless of the situation you will get through it. Don’t allow fear to grip you, use that fearful energy and turn it into the courage to overcome being frightened.

Fame is a powerful drug. Fame is fleeting and it can destroy you if it goes to your head. Humility is the real power.

Retirement will happen when…

Never, because I love what I do! I’m going to work until I can’t no more.

I would love to co-write with….

Where do you go for inspiration to create?

I go back in time and find beauty in every era, but my favourite era is Old Hollywood - The Art Deco era.

I love being able to perform and share my greatest gift with people across
the world.

The song you must do during every show.

It would be a massacre if I didn’t sing Superwoman, lol

In Washington DC I had brought up a guy on stage to sing Can I Stay. I got into the song and the crowd was into it and everything was fine. And then I asked him to pick me up… I did not realise he was an older man and small in stature and he picked me up and damn near dropped me! It was hilarious and dangerous at the same time. We all laughed afterwards.

My style icon is…

Carrie Bradshaw from Sex in The City

Tina Turner - she is a warrior, a survivor and reinvented herself.

A beautiful black and white photo of my parents on their wedding day.

It's your round; what are you drinking?

Sauvignon Blanc every now and then. I am not much of a drinker.

To have a residency in Las Vegas at one of the Premier Hotel venues.

My youthful looks and young spirit, along with my eagerness to learn.

If you were not a musician, what would you do?

A lawyer and or a dermatologist

What are you streaming?

The Offer on Paramount Plus (a series on how they made The Godfather). It’s very good.

Greatest movie ever made?

The Godfather of course.

What book are you reading?

What song changed your life?

My one and only daughter Ashley Nicole Lewis

Star in a Broadway play or musical.

Being in the Guinness Book of World Records as the first female artist to have her three solo releases hit No1 on the R&B charts.

Racial injustice. Seeing it constantly in the news and no justice to help the victims of it. Horrible.

What is your biggest fear?

Living a life of regret and not having tried something that I really wanted to do. Go for it, whatever it is.

Being stage, I tend to have an out-of-body experience and get lost in the excitement.

The best life lesson you have learned?

Take nothing for granted, because it could be all gone or over in a second. Stay in a state of gratitude and appreciation because it can always be worse.

What has been your favourite journey so far?

Coming back into the music business after being away for 17 years raising my daughter. Rediscovering my passion and finding my way in the new music business. I take voice lessons and I feel I became a better singer and am just being excited about the journey.

Do you do charity work, and if you do – what do you do?

I have a foundation, “The Karyn White Foundation”.The mission is to inspire, educate and empower the next generation of Black women entrepreneurs.

Running successful businesses, touring around the world to sold-out shows. Producing, and starring in films and television projects. Also promoting generational wealth to my family, friends and culture. 2 global music executives take the stage at #Mex223 days ago 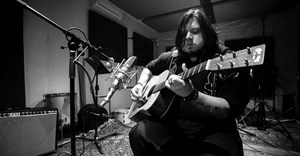 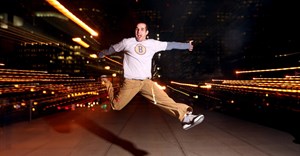 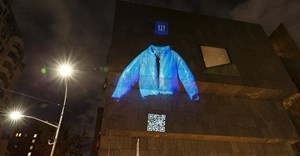 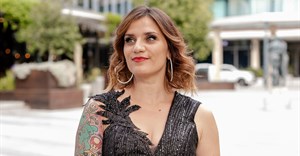