EXCLUSIVE: Lucky Du Plessis on the importance of pushing boundaries in creative industries

29 Oct 2021 | Email | Print |  PDF
Being in the creative industry requires one to always be ahead of the curve when it comes to thinking outside the box. Lucky Du Plessis, who has had a stellar radio career over the past decade, is doing just that as he officially joins the Penquin marketing agency as their new creative director.
While radio has always been something Du Plessis has been incredibly passionate about, he continues to want to push his creative boundaries and looks forward to doing just that in his new role at the marketing agency.

Penquin is an independent, mid-size, integrated marketing agency based in Johannesburg, with a staff complement of 40 insightful individuals. The agency opened its doors in 2000 and, over the past two decades, it has been a driving force behind the growth of some of the most recognized brands in the market.

Du Plessis joined the team in September as the company’s new creative director – a role in which he looks forward to using his exceptional storytelling techniques to create connections between people and the brands he works with.

This isn’t Du Plessis's first stint at an agency. After completing his Marketing degree at Vega in 2009, he got a job as an art director at another advertising agency before his radio career took off. Now, as he and co-host Greg Aldrige become the new breakfast hosts at the recently launched Star FM, Du Plessis is excited to return to his storytelling roots at an agency and use the techniques he’s learned during his radio career to bring something unique to Penquin.

Du Plessis opens up about his incredible career so far:

Who is Lucky Du Plessis?

Above everything else, I am a proud family man who loves tequila, chicken nachos and the attitude and sneaker collection of a Lebron James. But, most importantly, I am a storyteller at heart and inject this into every single thing I do.

You recently joined Star FM as their first breakfast show host. How has the experience been so far?

It’s been such a great and humbling experience. I have worked at very big radio stations in the past so it’s really a great chance to be working with and building a new radio station from the ground up.

You and your co-host Greg Aldrige seem to have found the secret recipe to being successful on radio. What do you think you guys have that sets you apart?

When it comes to Greg and me, we do everything differently. Our entire show and ethos is set on that. If someone else can do it, we won’t want to do it. I think our passion for giving our audiences a unique experience alongside the chemistry we have together is something that has really set us apart.

You are a creative at heart and recently joined advertising agency Penquin as their new creative director. Where does your love for creating come from?

I think I was always inclined this way. I am so inspired by people and telling stories that it was the perfect fit. I look forward to bringing my experience and passion into the marketing world and I am thrilled to be doing that with an agency that understands the importance of authenticity.

How has the way in which traditional marketing at your agency changed due to the effects of the Covid-19 pandemic?

We’ve had to adapt and create marketing and advertising for people that are at home and on their phones. The entire process has become faster and more interactive because of social media. While it’s true that it was always heading that way, Covid just sped up the process and we managed to keep up with consumers demands and the changing way people consume advertising.

What do you think makes a successful campaign?

Insight. I think agencies need to always have the insight to understand not only what the brand is hoping to achieve through their campaign, but how to speak to the right target audiences as well. If the insight and creativity are there, the first stepping stone to creating a connection with audiences sets the foundation for the rest of the campaign.

How would you describe the way in which Penquin does marketing?

Unique. I love that Penquin has such a strong passion for telling stories and connecting brands and audiences in ways that really stand out. They aren’t afraid to push boundaries and do things differently which is why I think they have been so successful over the past two decades.

Keeping it fresh is key. As much as trends help get your content out there, there is something so great in creating content that is fresh and authentic.

What advice would do you have for upcoming creatives?

Always keep learning. The industry is changing all the time and it’s so important to keep ahead of the curve. Create a goal to become a better creative every day and don’t ever think that you know enough about it.
NextOptions
›
Email Print PDF
Don't miss BizTrends2022 - 7 keynote speakers forecast trends shaping business in our region! Register now! 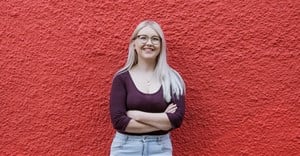 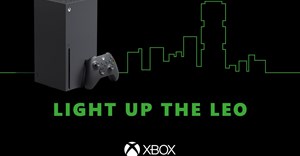 PenquinXbox invites you to light up the Leo9 Nov 2020