6 Aug 2021 | Email | Print |  PDF
Chris Hani Crossing shopping centre in Vosloorus, Gauteng, has reopened for trade, three weeks after suffering extensive looting and vandalism during the civil unrest in mid-July.
Opened in 2010, the centre offers over 40,000sqm of retail space to the community of Vosloorus and surrounds.

Looting first began in the areas surrounding the mall on Sunday, 11 July. The centre faced threats from a large gathering of people that evening but it was able to hold them off throughout the night.

Monday, 12 July saw over 40 community volunteers assisting to protect the mall throughout the day but by early evening the boundary fencing had been breached. The centre reports that 107 of its 111 stores, including four ATMs, were damaged in the looting that continued over the next two days.

The first phase of opening on Friday, 6 August sees all four food anchors – Shoprite, Pick n Pay, Boxer and Roots – reopening to trade and approximately 80% of all tenants’ will have access to refit and restock.
The areas of the mall that suffered fire damage will be demolished and rebuilt in time for the next phase of opening which is anticipated to be before the 2021 festive season kicks off.

“The team has been working around the clock to get back up and running,” says marketing manager of the mall, Lebohang Matlala. “Never in our wildest dreams did we imagine facing this sort of damage but it is in our nature to rise above and rebuild together, stronger than ever. We will not let the actions of some, destroy opportunity for all.”
NextOptions
›
Email Print PDF
Read more: shopping centres, looting, shopping malls, unrest, Rebuild SA

Silver lining from unrest, Covid-19 for businesses that can reimagine sustainable future growth43 minutes ago 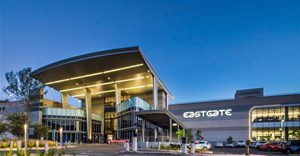