19 Feb 2013Save | Email | Print |  PDF
Beyond 2020, trends predicted include non-cash payment methods and removing the circulation of cash (and as a result guns and crime) from society, thus fulfilling the talk about becoming a cashless society. 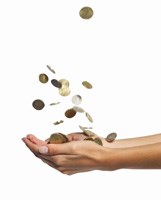 However, Loraine van Greunen, sales consultant for Bidvest company Global Payment Technologies (GPT), believes that cash will be around for many years to come. "The lower income groups are not moving to technology as fast as predicted. This may be due to the cost barrier or knowledge and trust. Many sections of the public insist on cash, and it will be many generations before cash disappears, if ever. This can be seen by the fact that ATM machines installed in certain rural areas do not have depositing or transaction facilities. They are used purely to withdraw pensions or salaries."

Ray Gouveia, product specialist at GPT concurs. "Contrary to popular belief, the use of cash is actually on the increase. More money is in the hands of the lower income groups now and therefore there is more cash in circulation than there was previously. The e-wallet concept has not shown the expected growth in South Africa yet."

Statistics show that in the early 2000s, the cash contribution to the GDP in South Africa grew by 2.5%, which is attributed to the growth in the informal sector. Cash in circulation has grown, on average, by 25% over the last decade with this percentage increasing after 2004. Sixty percent of consumers pay in cash in the retail space and, according to the ATM Association, 84% of payments in South Africa is still made in cash.

The main purpose of the drive towards a cashless society is to combat crime and remove the risk of carrying cash. However, it has been proven that cybercrime, while not as physically dangerous, has a much higher impact on the financial world. When money is falsified, it is not so easy to distribute in large amounts, but there is no limit to the funds that can be hacked out of an account through cybercrime. At present, the South African Ombudsman is dealing with an average of 250 complaints of cybercrime per month.

On the website, ExtremeTech, Sebastian Antony provides statistics regarding first-world countries where just 3% of the economy is still powered by coins and paper money. In Sweden, for instance, public buses do not accept cash and even churches have installed card readers to take donations. There are banks that only deal electronically and will not take cash deposits. There is no doubt that in the rest of the world, credit cards, store cards, PayPal, online shopping and other electronic methods, combined with the risk of drawing money at an ATM, have diminished the use of cash. Nevertheless, Africa as a whole lags far behind those statistics.

In a society where every Rand counts, it also has to be considered that it is far more expensive for consumers to handle money electronically. Cash does not carry the bank and transaction costs for the individual that electronic transactions carry. On the other hand, the cost of handling cash is expensive in the retail industry, with labour costs, pilfering, the cost of protecting the cash, cash in transit costs and cash deposit fees taking their toll.

"Luckily there are solutions to all of these problems," says van Greunen. "Today there are note and coin counters that allow the teller to deposit the cash into a machine that will sort and count the money. There are also cash recycling systems, such as the Sumetzberger tube transport systems, drop safes and cash recyclers, all designed to contain the cost of cash handling and protect the cash at minimum cost. Cash recycling is a global trend and will continue to gain momentum in the future."

Consumers should remain aware; there are already falsified notes of the new Mandela currency in circulation. These notes were released into the market almost simultaneously with the official release. When dealing with a business that does not have note validators on site, cash is accepted without question. That same note could be given to consumers in change. While cash is immediate payment with no delay, it is important to safeguard against counterfeit notes. All banks and many retailers have note validators to protect consumers against loss through the transfer of falsified notes. It is important to know your new money.

In South Africa and throughout Africa, cash will still be king for generations to come, but poor cash management will expose businesses to theft, loss through falsified notes and, often, to violent crime. With new technologies, the 'cashing up' time is reduced from 45 to three minutes in a bank. Cash can then immediately be deposited into an electronic drop safe, reducing the risk for the teller. In the end, cash or electronic, it comes back to the effective use of the available technology.

For more information, go to www.gpt.co.za.
Like Save Email Print PDF
Comment
Comment guidelines and disclaimer
LEGAL DISCLAIMER: This Message Board accepts no liability of legal consequences that arise from the Message Boards (e.g. defamation, slander, or other such crimes). All posted messages are the sole property of their respective authors. The maintainer does retain the right to remove any message posts for whatever reasons. People that post messages to this forum are not to libel/slander nor in any other way depict a company, entity, individual(s), or service in a false light; should they do so, the legal consequences are theirs alone. Bizcommunity.com will disclose authors' IP addresses to authorities if compelled to do so by a court of law.
Read more: cash withdrawals, Global Payment Technologies, cashless society