By: Martin Myers
Richard Stirton won the Voice SA in 2016 and his debut album entitled Middle Ground is doing nicely as he says.

Richard’s next show is at the third annual Mdumbi Green Fair Music Festival on 18 May 2018. Hosted in the forest at the majestic Mdumbi Point in rural Transkei, this is an event unique in its setting.

I chatted to Richard, last week.

It means a hell of a lot to me. Music is an opportunity for me to express myself and share my thoughts and feelings about many different things. I love how emotive and expressive music is. It’s the closest thing we have to magic in my opinion.

What drives you: ego or humility?

In our first show at Cafe Roux, myself and my guitarist had only had a couple of rehearsals and as a result, decided that for the song he knew the least we would just chart the chords so he didn't have to play it by memory. We, unfortunately, didn't have a music stand so we decided to rest the chart on one of the monitors during the performance. As soon as we started playing the song the vibrations through the speaker caused the chart to fall to the ground. My guitarist then lost his place and began butchering the song. I had the pick up the chart and help him try and find his place while still singing. We still laugh about it today. I enjoy making jokes so there are a lot of funny moments during my set. I love having a captive audience.

I never really sit in awe of anyone. I respect people for what they've achieved. Musically, I would say Harry Styles because coming out of a boy band he went against everything that would be expected when he released his solo album. He stayed absolutely true to himself and the kind of artist he wanted to be, even though he had millions of fans that loved him for an entirely different style of music. I think that illustrates the quality and trueness of the man, something that I feel is lacking in today's popular music scene.

I'm not a very materialistic person. I tend to treasure people and places more than objects. I love my guitar, but I could survive using a mediocre one.

It’s your round, what are you drinking?

The song you wished you wrote?

I feel like I am authentic, honest and relatable. I just try and stay true to myself in all situations. Vocally, I’m pretty dynamic if it comes to the music side of things.

If you were not a musician what would you do?

Give us some real proper slang and what it means

Lam - To relax.
Vark - Very.
Blom - To relax.
Yikked - To reach a point of severe intoxication due to excessive alcohol consumption.

Being hungry or poor service.

On stage, I tend to?

Talk a lot. Often far too much. I make plenty of jokes. I get lost in the music.

Bodysurfing the wedge in Plett.

To have several singles do well on the radio in SA and to play plenty of live shows while growing my skills on guitar and piano. I would really like to go to a music festival overseas this year, even if it's just to be in the crowd. 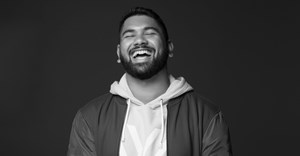 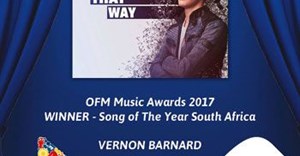 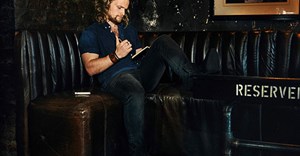