Playing with politics in Adapt or Fly

By: Eugene Yiga
Government censorship. Racial tension. A country that could very well fall apart. With a democracy that's long since come of age, you'd think that we'd be over these issues by now. Alas, we're not. Our dysfunctional political scene gives comedians plenty of material to work with. And who better to take advantage of the times than master satirist Pieter-Dirk Uys? Thirty years after his controversial show about the apartheid regime, he's back with more in Adapt or Fly. 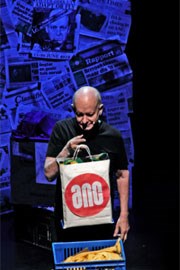 Right from the start, it's clear that this politically incorrect show isn't for the sensitive. He opens with a scene of Hitler in hell, giving advice to Julius "Kidi Amin" Malema. (It's a little uncanny how many similarities are quickly drawn between the two, but I won't spoil the fun by mentioning them here.)

Fortunately, Adapt or Fly isn't about Uys picking sides. If anything, it's good to see that everyone is fair game. Former leaders (like Pik Botha and FW de Klerk) are parodied alongside new ones (like Madiba, Mbeki, Motlanthe, and JZ). The generation old enough to remember the apartheid leaders in action were laughing the loudest. All it took was an expression (or a wig) and they erupted in applause at how perfect the impersonations were.

Unfortunately, as a guy too young to remember apartheid (but old enough that people expect me to), I was totally lost through much of the first half of this two-hour show. I wouldn't be surprised if a lot of others in their teens and 20s felt the same way. Sure, we could still have a good laugh with the modern characters (including Mrs Petersen, Nowell Fine, and the beloved Evita Bezuidenhout), but the rest of the show seemed like an inside joke that we weren't privy to.

Then again, perhaps that was the point. Perhaps Adapt or Fly isn't just about getting some laughs from the people who were there; it's a history lesson for those of us who weren't. Uys is making sure we're all aware of what happened so it will never happen again. That's what stuck with me most.

Is politics a laughing matter?

Ultimately, the show also raises an interesting question. Yes, politics has become a joke, but does that make it a laughing matter? On the one hand, the answer is yes. We've got so many problems today that sometimes the only way for us to survive is to make fun of them. "Now more than ever we need to laugh at our fear," Uys said in an interview with Peter Tromp. Laughing at our problems is our way of refusing to give them power over us.

But, on the other hand, when you take a closer look at what's going on in this country, you realise that things are a lot more serious than many of us understand. Just look at what happened with The Spear. Was it just another piece of silly news that came and went like so much news tends to do? Or was this a sign of deeper racial tension that could make our country explode? And let's not forget that we currently have one of the highest rates of youth unemployment in the world. Is it only a matter of time before the angry masses stage our very own Arab Spring? I guess time will tell.

Still, I think it's commendable that Pieter-Dirk Uys has the courage to burst our bubbles and speak out about the issues that so many of us choose to ignore. Adapt or Fly isn't just cheap humour for a good night out; it offers a timely and truthful message about where we were, where we are, and where we could go if we don't wake up. This is a show that gets into your head (and perhaps into your heart as well). See it now in case his next one is banned. You never know.

Adapt or Fly is showing at the Baxter Theatre in Cape Town until Saturday, 30 June, 2012. Tickets start at R100 and are available from Computicket. There are also special discounts for senior citizens, students, and groups of 10 or more via +27 (0)21 680 3962 or az.ca.tcu@draw.norahs 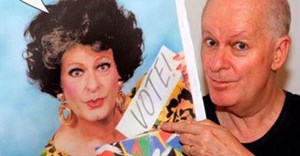 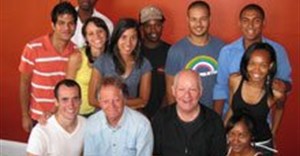