A dentist with determination

22 Jul 2019 | Email | Print |   PDF
Issued by: Slender Wonder
To 26-year-old Roman Alexander from Durban, losing weight was the beginning of a total life change he desperately needed. His love for food combined with emotional eating caused him to gain a lot of unwanted weight over a long period of time. 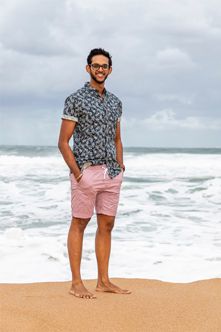 “Cooking and experimenting with food has always been a huge interest of mine. My first career choice was to become a professional chef.”

By the end of 2017 Roman was feeling emotionally, mentally and physically unwell.

“My day-to-day life was as normal as it could be, but I was just not happy with myself and I knew that it was because I was not listening to my body, telling me to change.” Roman tried over-the-counter supplements to lose weight, but never used it for longer than a week due to the side-effects. He started with the Slender Wonder diet on the 15th of February 2018 after he heard about it from a colleague.

“It was a Thursday morning, I decided that I was tired of feeling unwell and I knew that there was nothing else that I could change that would make me feel better, besides allowing my body to recover from all the unnecessary and unnatural foods and chemicals that I have been eating over the years. I was not I went.”

Roman went to Dr DS Patel in Ballito and started his Slender Wonder journey right away.

“I enjoyed everything about it - the good and the bad. For me it started off as a programme to lose weight. I had no idea what else Slender Wonder was about to teach me, like how to be consistent and mentally strong, more than anything. I also learned that nourishing my body in the proper way, yields results that I can see and feel. But the most important thing I learned from Slender Wonder is willpower to maintain the lifestyle. Luckily the programme and its guidelines make it easy to do so.”

To Roman the most challenging aspect was the fatigue at first. He works six days a week at a dental practice and sees patients all the time, so that was difficult to deal with, but soon he started having loads of energy, sleeping very well and even waking up before his alarm clock.

“The doctor wanted me to lose 26kg, which would have put me on the high end of a normal BMI, but I to myself that I can do it.” Roman was so determined to reach his goal weight that even though there were many days when he felt like he couldn’t train or wanted to eat something he shouldn’t, he remained strong and reminded himself Slender Wonder book and was especially inspired to keep focus from reading the Bible scriptures in the book, especially 2 Timothy 1:7.

“There were many exciting times too – those days when you have to weigh in at the doctor. I wouldn’t look at the scale and I would ask them not to tell me if I didn’t lose enough. The doctor expected me to lose a certain amount each time, which I liked, but I always pushed for more and set my own goal for each stage.”

Roman is now on the maintenance stage of the programme.

Since he lost all the weight, he doesn’t have lower back pain like he used to, he exercises more effectively and can run without having to stop after a short while.

“The number one thing that I would say makes Slender Wonder different is that it works. I never believed those adverts in magazines and on TV with before and after picture transformations, but colleagues and family have told me that they never believed it too until they saw me!”

To Roman, the biggest benefit of Slender Wonder is the support you get throughout the programme, not only from your doctor but also the staff at the doctors rooms. Plus the Slender Wonder support group where everybody encourages each other and share experiences to make it easier for others is a great help. “I don’t just think that it’s just a weight loss programme – for me it has been a lifestyle programme.”

Roman has continued his healthy lifestyle journey and now gyms 3-4 times a weight, to build muscle, tone and keep fit. He even did this with two broken wrists - now that is determination!

To find out how Slender Wonder can help you live your best life, go to https://www.slenderwonder.co.za. Slender WonderBrothers in arms for a healthier life30 Jan 2019 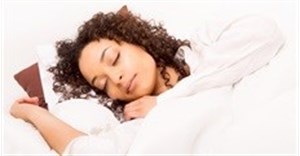