The Inspire Sessions: How to attain influence, wield it and use it to grow your business

By: Juanita Pienaar
Discovery Business Insurance and Heavy Chef have teamed up to create the 'Inspire' sessions. A new series of events that connects the Heavy Chef audience with the best South African technologists, leaders and creatives in the business world.
On Thursday, 26 September the session was centred around influence – how to attain it, how to wield it and how to grow your business through influencer marketing. “In the age of social media, influence is no longer the domain of media powerhouses or politicians. Businesses themselves can shape audiences directly, and we’re going to investigate how – with four of South Africa’s most authoritative practitioners.”

Speakers included Mo Flava, host of Metro FM's Morning Live show; Craig Rodney who, along with his business partner, built Cerebra – SA's largest social media agency, then sold it to WPP in 2016 (Rodney also started and grew the @southafrica Insta account to 300k followers in just three years); and Pearl Shongwe, who represents the new wave of influencers on the continent.

Using Instagram to pinpoint the magic of South Africa

Rodney kicked things off by telling us one of the best phrases he has ever heard: "Where there is mystery, there is margin." He said that when it comes to influencer marketing, the more mystery you add into it, the more you can charge for it.

“Back in the good ol' days, pre-internet, the public relations person was the kings and queens of information insemination on behalf of brands. And our roles were to create content via press releases, thought leadership pieces, case studies – and we would put together media launches and media lunches,” he said.

The evolution of the public relations practitioner

He said that, as PR people, their role was to engage with the media. “Our jobs were to get journalists to write positive stories about our clients. But we couldn't pay them because that is unethical. Our job was to try and earn independent media coverage.”

But then the rise of bloggers happened, and these people were able to build these massive audiences and massive platforms themselves, so the rules changed.

Rodney said that the primary rule that got changed was the production of content and the revenue stream merged. Content became a revenue.

The product creates influence, not the human being

"That single truth has held true for me the entire time. And it's interesting that it's an observation that I have now within the influencer market – essentially PR people were these paid influencers or brands in the past, except we actually had to negotiate with journalists. And no matter how good we were, we couldn't do a good job with a bad product. And when you look at the formula for doing these things, the product itself creates the influence, not the human being. When your product is bad, you're not going to be able to maintain it. That's where my cynicism comes in."

#InnovationMonth: Building a solid presence with tourism storytelling on Instagram

He said that influencer marketing is not powerful in influence but in reach. What influencers are selling is reach. Maybe we should start calling them 'reachers' instead of 'influencers'.

“They have phenomenal audiences that they have built over the years, and these are audiences that we want to tap into and should be tapping into. But we should also be looking at it the same way we look at anything else that has reach. We should compare it to billboards and TV and magazines. And then we break up the cost per audience and reach."

He said that, ultimately, what you are buying is not influence but reach. Only the brand can add influence. If you have the right product and you add it to the right "reachers", you'll create influence. But the wrong product and the wrong people are not going to work.

“They do have some advantages that others don't – like creativity and authenticity – but the cost of an influencer should be based on reach,” he said.

Back to the basics

Shongwe started her talk by saying that in order for us to know where we're going, we've got to know where we come from. She said that every so often, we miss the basics and we need to go back to it. She said she feels that brands have stopped asking themselves exactly what it is that they want. “Do you want purpose or do you want popularity?”

She said that there is no shame in wanting popularity. But it's important to be clear about what it is you want, and brands shouldn’t be afraid to be shameless. But if purpose is what you're after, be clear about that. And be honest about what it is you expect from influencers. "So, if you come across as being vague, and you're not sure what it is that you want, you're not going to get any sort of result from us [the influencers],” she said.

Do you want purpose or popularity? There is no shame in wanting popularity, but you have to be clear and shameless at what you want." @Pearl_Shongwe #DSYInspireSessions #TheInfluencers pic.twitter.com/c46WbN2MJi
— Heavy Chef (@heavychef) September 26, 2019

"Help us, help you, so that we're all moving in the same direction and speaking the same language. If you are here for the quick fix or the quick likes, the quick hits for the lowest price, communicate that to us. Simple."

Another issue she brought up was how afraid South African brands are to engage with their audiences. She held up Caster Semenya and her ongoing fight with the IAAF as an example. She said so many brands had the opportunity to really step up and engage us when we were at our most emotive as South Africans. Not many did. But Discovery did and that made her sit up and pay attention. She said they just went straight in and were strong with their messaging.

"If brands are going to shy away, because they see something as a threat and they run instead of engaging, it makes it very difficult for us to trust them as consumers and as influencers. As people who have these amazing platforms that afford us the opportunity to get into the minds and hearts of South Africans."

How valuable are you?

She said that she once heard someone say:

When you find yourself negotiating a price with a client and not your value, then you are talking to the wrong person.

“If you are not willing to meet me at the level I think I am worth, then you're taking away my bargaining power.” She said influencers sometimes find themselves in tricky situations where they have to lower their perceived value. And at what cost and to what end? She said it's discouraging.

As I grow into myself, I’m finding that I’m a little more bolder with my decision making. I’m a little more daring with fate. I’m a little more easy with acceptance. I’m a whole lot more in-tune with myself and that takes a whole lot of courage. My listening is a little more refined. I listen to myself more. Most importantly, I am thinking and speaking more positively to myself, which is something I have always battled with. There is a shift that is happening within. A stirring. And it’s not that I’m not afraid, I am. But here I am; resolute, quietly confident, and open to receiving all that is in store for me. I am an advocate of self love and acceptance. #100SilentPrayers #InTheMoment #Reflections #AllWoman #Broadcaster #TVGirl #RadioPrincess My face was @touchedbynomsa ����

“If I am so on-brand and I am getting the interaction, if I've got the numbers, great engagement and reach, you've got to pay. And that will automatically make me want to give you so much more out of what we're doing. And that also speaks to alignment,” she said.

She also had advice to influencers: "Be honest in what you want. What are your objectives? Why are you promoting a Sunlight bar of soap the one day and Lux the next? That also doesn't make you look good."

She said the same questions influencers ask big brands, they need to be asking themselves. Where do you want to take your influence? Is it popularity or purpose? She reiterated that going back to basics is what is needed.

To be authentic, you need to find the connection

Flava said that if you want to work with him, as a brand, he's not just selling his tweets and his followers, he's selling an entire story. His story tells you about who he is and what he likes, his values and his beliefs – and, sometimes, he also changes as a person. He went on to explain that brands that he worked with when he was younger are not necessarily the brands he will work with today.

When he works with a brand, he always looks for a connection between himself and the brand. "Is there something that they are doing that relates to me and how do I actually relate to them? Do they actually know who I am and do they know my story? It's available online and everywhere."

It's more than just followers on Facebook, Instagram and YouTube, it's about an entire story. He said that he has met with brands that were excited about working with him in the past, but he soon realised that they don't really know who he is and what he is about. He said that it doesn't take much. If you are serious about the money you're about to spend, you should be serious about the action you take in working with the personalities on a brand.

He spoke about brands saying they want to work with black people, but black people aren't homogeneous.

We are dynamic, we're different, we have different stories as much as we have a commonality – whether it is blackness, South Africaness, Africaness, etc.

He continued and said, sometimes, it's not about the value and the material side of the brand – it's about what you're doing and what you represent. "I have a responsibility to my reach and my followers – who have betted on me from day one in the industry – to say, 'Guys when I say hop in this car and drive around this country, I'm saying it because I believe in what they are about and this car actually loves your country the way we do.' If I do it the other way around, I'm taking my following for granted."

To conclude, he stated that if you, as a brand, want to work with somebody, know the person's story so that when you work with them it's real and authentic. The authenticity will come because, naturally, you would have done your homework.

Juanita is the editor of the marketing & media portal on the Bizcommunity website. She is also a contributing writer.
Read more: Craig Rodney, Heavy Chef, Mo Flava 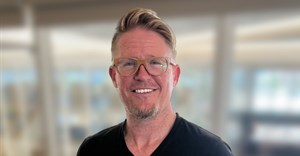 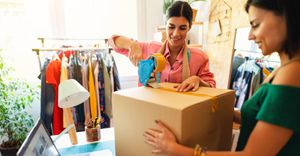 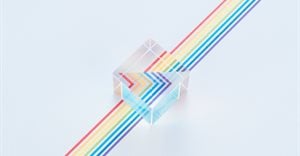 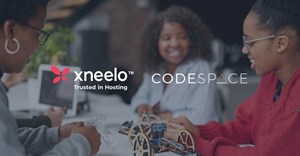 xneeloTop 8 courses and webinars for entrepreneurs18 May 2021 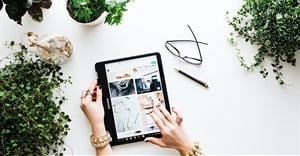