First-time buyers jump at opportunity to own property

13 Aug 2020 | Email | Print |  PDF
According to recent research from home loan originator ooba, first-time home buyers increased by 12% in June, with the average age of buyers being 34. Grant Smee, MD of Only Realty, says they have noticed an upturn in residential property sales over the past two-months, a trend which, while unexpected, has been welcomed by the embattled industry.

Natasha Champion, regional sales manager at ooba seconds this, saying, “After extremely low business levels in April and May, we were up by 51% in June 2020 compared to June of last year. This high level of activity has continued into July, up by volumes of over 60% from the same period last year, marking a record-breaking month.”

Contrary to popular belief, given the current climate, first-time buyers are spending more than in previous years. Ooba’s statistics indicate that the average purchase price in June 2020 alone was 13% higher than June 2019. The majority of homes purchased during this uptick have been priced between the R700,000 – R2m mark.

“We are seeing a 5.6% year-on-year increase in the average purchase price of first-time buyers for the second quarter of 2020,” adds Champion. It also appears that the goal of buying a home is becoming more widespread, regardless if a prospective buyer is able to produce the funds upfront. “In June, 68% of home loan applicants were applying for a 100% bond - 15% more than June 2019.” Grant Smee, MD of Only Realty

Smee notes that these positive statistics are testament to the power of the lowest repo rate in decades, which has been welcomed. “We have enjoyed record-breaking months and believe that this trend is set to continue until the end of the year (at the very least). Even the drop in the average deposit price (36.8% lower year-on-year) is a positive signal as it indicates that banks are continuing to lend with lower deposit requirements, making entering the market more accessible.”

“Statistics suggest that 95% of South Africans spend more than they earn. Covid-19 has taught us to plan for any eventuality. While the low interest rate makes it truly a great time to buy, one must budget for future interest rate hikes,” he cautions.

Champion adds to this saying that the average interest rate offered by banks has increased, and she encourages buyers to shop around. “According to our research, homebuyers who source a single quotation, rather than using a service like ooba to compare, receive a 1.01% higher interest rate.”

With these statistics in mind, Smee notes that the age-old rule of 30% still applies to both homeowners and tenants.

“One should spend a maximum of 30% on housing each month.”

“By limiting your expenditure to 30% of your nett salary, you are ensuring that you have enough budget to pay for other living expenses including transport, food, education, medical, insurance and other essentials. This should also allow you to still have some money in the bank for savings each month.”

Smee says that savings is imperative when it comes to owning a home. “A burst geyser, plumbing or appliance issues, special levies and perhaps a non-paying tenant are just some of the unforeseen costs that could arise at any time.”

Sub-letting and scaling back

Whether you own or lease a property – sub-letting is an option to help cover your costs during difficult times. “Renting out unused space, such as a garage for storage or an extra, unused bedroom can help to generate cash flow and cover the cost of utilities. If you are renting, be sure to get permission in writing from your landlord prior to subletting any portion of the property.”

In other cases, particularly for tenants, Smee says that depending on your lease agreement, there is the option to terminate and scale-back.

“Consider the current economic environment we find ourselves in and take a look at your immediate environment – perhaps you are paying for space or amenities (like those in an off-plan development) that you are not making use of but are paying a premium for. Shop around to compare.” 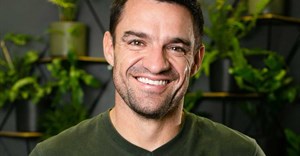 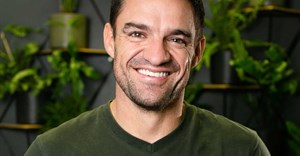 Property purchasing 101: A bank guarantee and its benefits24 May 2022 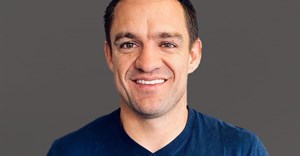