You play several instruments including drums, bass guitar, accordion, organ, cello, violin, and trumpet. When and where did your love for music begin?

Brendon Urie: Music is a huge deal in my family. Music was always encouraged when I was growing up. We always had instruments lying around the house so I would just pick them up from time to time and play.

And at what point in your life did you decide that you wanted to be a musician?

I always wanted to play music. I'm not even sure it was a specific decision to become a performing musician, but I always played along to music while standing in front of the mirror. I still do that actually.

What do you remember most from the early days as a band and from the first time you performed live?

I remember being nervous mostly about being a singer since I never really considered myself to be a singer. I remember being not-so-good live, but having the best time performing for people.

And what's inspired you to keep changing your sound and reinventing yourself over the years?

I love challenging myself to create something unexpected. It also helps that I get bored fairly easily, so I'm constantly looking for something new to catch my attention.

What are some of the major struggles you've had in your career?

I think I'm fortunate to not have had too many serious struggles or setbacks while being in this band. Sure, self-doubt crept in a few times when the dynamic of the band changed every so often, but I always returned with a steadfastness and love for what I get to do every day. The fact that I can share my music with people is the coolest thing to me.

And what's been your biggest professional highlight so far?

That's tough to say. I'm surprised by how much we've accomplished so far. Awards we've received. Idols we've had the privilege to meet. Fans we've come across. A big one for me was performing at the Kennedy Center Honors in front of an audience that included Billy Joel and The President and First Lady. I still can't believe that happened.

What's your overall experience when it comes to being on the road?

I love to travel. I love sleeping on a bus. I love performing. But I miss my wife and my dogs and all the comforts of being home. Home-cooked meals. Watching our favourite TV shows together. Sleeping in my own bed. It's not easy, but it's totally worth it.

And what's been your favourite place to perform?

I love performing in places that we rarely travel to. We've only been to South Africa once, but the show was phenomenal. I remember we played a field in China one time. It was a festival out in the farmlands of the Xhangbei province. That was a wild trip.

How do you feel about performing at I Heart Joburg?

I'm super excited to perform again! This will be our second time in S.A. and I'm really looking forward to the show. We also have a couple days to do some touristy things like safaris and trying new food.

How do you feel about sharing the stage with Fall Out Boy, who had a major role to play in your early success?

I love the FOB dudes. We always have a good time together, especially when we share stories and tour memories with each other. It's gonna be a blast!

And what are some of your big plans for the next year and beyond?

I'm looking forward to releasing new music. Maybe some collaborations with other artists. I'm curious to see what kind of trouble I can get into next year as well. That's an exciting thought.

"Panic! at the Disco" performs at the inaugural I Heart Joburg Music Festival on 6 September at Ellis Park. Book at Computicket or go to www.iheartjoburg.co.za for more.
NextOptions
›
Email Print PDF
Follow 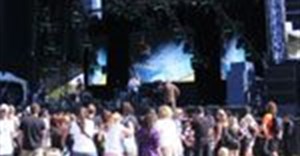 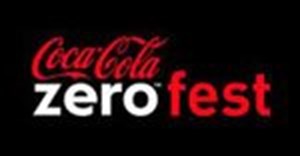 Coca-Cola Zeroes in on Superfans5 Mar 2009