Get into your consumers' brain with Richard Shotton's The Choice Factory

By: Leigh Andrews
If you're in the persuasion game and you've ever wanted to better understand your consumers' purchase behaviour, this is the interview for you! I caught up with Richard Shotton, deputy head of evidence of Manning Gottlieb OMD, and author of The Choice Factory: 25 Behavioural Biases That Influence What We Buy. He shares how behavioural science findings can sharpen your brand's advertising and overall creative impact.

Ever heard of the ‘pratfall effect’? How about ‘charm pricing’? These are prime theories of social psychology and behavioural science. And that, in turn, is the secret to fine-tuning your advertising strategy, as it helps you unpack why consumers buy into certain brand claims and take others with a pinch of salt.

So if you haven’t heard of the ‘the bystander effect’ and ‘wishful seeing’, never mind wondered at the implications for how consumers absorb the messages you send out to them, your retail marketing is likely missing the mark.

Measuring the consumers of advertising

But, all is not lost. Richard Shotton covers the top 25 biases that influence purchase behaviour in his latest book. He goes into the theory in a charming way. This is not the typical ‘start on page one and slowly make your way through to page 180’ tome. Instead, the reader is free to hop in and out of chapters, as Shotton was keen to make the book as simple and practical as possible.

He acknowledges there are lots of excellent books about behavioural science, like Nudge, Predictably Irrational, and Thinking, Fast and Slow, but found there was a dearth of books applying the science to advertising, which felt like a gap.

And so, Shotton identified the 25 most relevant insights from psychology, explained the academic evidence behind them and then, most importantly, how your business should apply them. It’s a no-brainer.

Shotton also explained The Choice Factory to Rory Sutherland, vice-chair of Ogilvy UK, in an episode of the Ogilvy Change O Behave podcast. Listen in by clicking on the link embedded below:

Here, he explains the basic premise of The Choice Factory – while it took about six months to write the book, Shotton’s own research, which the book draws on, stretches back a decade. Shotton also shares what marketers can do to stand out from the clutter and why it’s important to know what drives consumers’ buying behaviour to marketing and advertising…

Explain the basic premise of The Choice Factory and why you wrote it.
The Choice Factory explores the psychological forces that shape shoppers’ purchasing decisions. The book follows a single person through their day and analyses 25 of their decisions. Each decision is then explained with reference to a classic idea from psychology: from priming to the pratfall effect, from charm pricing to the curse of knowledge.

The seven traps in decision-making, and how to avoid them

I then draw on the results of experiments that I’ve conducted over the last decade. These prove that the findings from classic psychology experiments are still relevant today. Finally, I explain how companies can apply these insights, whether that’s through their marketing, pricing or promotions. It’s the emphasis on simple, practical applications that separates the book from others in this area.

I wrote the book because I believe behavioural science should be used more by brands. After all, behavioural science is the study of decision-making and every brand needs to change consumer decisions, whether that’s persuading shoppers to switch to your brand, buy it more often, or pay a premium for it. All of it revolves around changing decisions.

It’s based on the experiments of scientists, such as the Nobel Laureates, Daniel Kahneman and Herbert Simon. Better to base advertising decisions on their experiments than the opinion of the most eloquent person in the board room.

True. I recently wrote about the sheer volume of marketing messages (attention spam) vying for consumers’ ever-decreasing attention span – what can marketers do to stand out from the clutter?
If you want to stand-out, consider harnessing a bias, as discovered in 1966 by Harvard University psychologist Elliot Aronson.

In his experiment, Aronson recorded an actor answering a series of quiz questions. In one strand of the experiment, the actor – armed with the right responses – answers 92% of the questions correctly. After the quiz, the actor then pretends to spill a cup of coffee over himself (a small blunder, or pratfall). 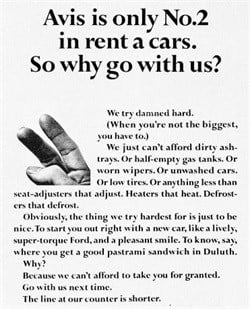 The recording was played to a large sample of students, who were then asked how likeable the contestant was. However, Aronson split the students into cells and played them different versions: one with the spillage included and one without. The students found the clumsy contestant more likeable.

Aronson called this insight the ‘pratfall effect’. It’s a fascinating bias, as it runs counter to how most brands behave. Brands generally show off and bombard the listeners with a monotonous list of the reasons why they’re wonderful.

However, Aronson’s work shows that they’re making a mistake. Exhibiting a flaw makes us more appealing.

The smartest brands have recognised this, and they use the pratfall effect to stand-out from their braggard competitors. Just think of VW (Ugly is only skin deep), Stella (Reassuringly expensive) and Avis (When you’re only number two, you try harder). Three of the most successful campaigns of all time are based on this simple psychological insight.

Why not consider applying the pratfall effect in your advertising?

Why not, indeed! Why is it important to apply findings from behavioural science, and knowing what drives consumers’ buying behaviour to marketing and advertising?
Behavioural science recognises that people are overwhelmed by the sheer volume of decisions that they need to make each day. People don’t have the time, energy or desire to laboriously and logically weigh up each decision.

[BizTrends 2016] Marketing in the 'Attention Economy'

Instead, they rely on shortcuts to decide more quickly. While these shortcuts enable speedier decision-making, they are prone to biases. These biases are the subject of my book. If advertisers are aware of them, and adapt their products and communications accordingly, they can then use them to their advantage. They can work with the grain of human nature rather than unproductively challenging it.

It can help with deciding who to target. For example, the psychologist, Festinger, has shown that rejecters of your brand are most easily converted to your cause when they’re distracted. So this suggests a medium like radio, which is often listened to while people are doing other things, will be better at converting rejecters than press.

It also helps in understanding when to reach your audience. For example, my research has shown that people are most likely to switch the brand they use just after they have undergone a big life-event, like moving to a new house or getting married.

Behavioural science is relevant for informing everything from big strategic recommendations, such as admitting a weakness, to which TV programmes to buy – there’s psychological evidence that funny ads are seen as funnier when they’re watched in groups.

Let us in on an example of how you’ve put this into action.
One of my favourite elements of work is running simple, low-cost experiments that help test a hypothesis. An example of this approach was on a New Look brief, when they were planning to launch a menswear range. The initial plans were for a modest budget to make a simple announcement.

I suspected a small campaign would be insufficient to overcome men’s reluctance to buy clothes from what was perceived as a women’s clothes shop. However, that was a hunch and we had no budget to fund a survey.

As an alternate methodology, Dylan Griffiths and I recruited half a dozen male volunteers and photographed them twice: first holding a New Look plastic bag emblazoned with their logo, then while holding a Topman bag. We uploaded the images to Badoo, a dating site where people rate the looks of other users’ photos. The pictures were left up on the site for a fortnight while we waited for them to be rated.

We found that when our volunteers were holding a New Look bag they were seen as 20% to 25% less good-looking than when they were clutching the Topman bag. This demonstrated that the brand had a more significant job than they had initially suspected, and that they needed to make bigger efforts to persuade men that they were a unisex brand.

The benefit of this technique was that we quickly and cost-efficiently found out what people genuinely thought about the brand when they didn’t know anyone was watching.

To someone like me, who studied psychology and writes about the marketing and advertising industry, that’s truly fascinating. If you’re similarly intrigued, follow Shotton ‏on Twitter for the latest updates on psychology, behavioural science and where they meet. You can also purchase the book by clicking here. 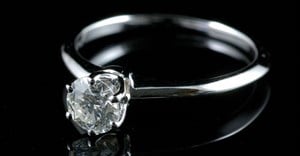 The greatest ad campaign9 May 2018