16 Nov 2022 | Email | Print |   PDF
By: Nqobile Dludla
Spar Group Ltd reported on Wednesday, 16 November a 3% fall in full-year earnings due to a rise in expenses, but turnover rose as the grocery retailer raised its promotional calendar to continue attracting cash-strapped consumers. South Africans have been hit this year by rising mortgages and rents, higher fuel prices and soaring food inflation, leaving many with little to no cash to cover expenses. While similar pressures are being experienced by the retailer's shoppers in Europe, where energy cost pressures are biting into disposal incomes.

Group turnover increased by 6% in the year that ended on 30 September, to R135.6bn, driven by those promotions in its biggest market Southern Africa. However, Spar said headline earnings per share (HEPS), the main profit measure in South Africa, fell to 1,160.5 cents from 1,196.2 cents a year earlier.

Operating profit inched up by 1.1% to R3.4bn, predominantly caused by the decline in profitability in Southern Africa due to rising operating expenses, which rose by 8.5% at group level.

"Group profitability continued to be impacted by the consequences of the pandemic in the first half of this financial year and new geopolitical circumstances which has seen all regions experiencing fuel and energy cost pressures," the retailer said.

In South Africa, these pressures were further exacerbated by the impact of ongoing power cuts, which tend to affect trade when prolonged for hours. Spar, which also operates in Poland, Ireland, South West England and Switzerland, declared a final dividend of 225 cents per share, down 58% from last year. 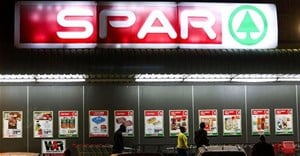