By: Herman Manson: @marklives
Video-and-photo sharing site Zoopy has abandoned attempts to make a business out of user-generated uploads on the web. Instead, it will refocus on becoming a mobile video entertainment portal generating advertising and sponsorship revenue. 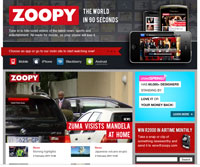 Zoopy CEO Jason Elk described the new Zoopy as "a mobile video tabloid that will feature the best of international and local infotainment." Elk says that, globally, video traffic from mobile phones is seeing massive growth and the same increasingly applies to the South African market.

Zoopy launched in March 2007 as a South African answer to YouTube, catering to user-generated content (UGC), and also developed an online broadcast channel called Zoopy TV for content produced in-house. According to Elk, this meant two staff compliments, as well as rising costs associated with hosting user content - content which could not be properly leveraged to generate revenue.

There was also a steady and continuing decline in traffic to the UGC. Out of some 120 000 registered accounts on Zoopy, only 40 000 had uploaded content at least once, and the vast majority of those never did repeat content uploads. The service currently hosts 370 000 unique visitors a month and generates roughly 900 000 monthly page views - 65% of them going to ZoopyTV.

Vodacom, which first bought into Zoopy in June 2008 (40%) and then again in February 2009 (another 35%), bought out the remaining shares it did not own in December September 2010 and, as the Zoopy management team was preparing budgets for the new financial year, they were tasked with finding ways of transforming the business. All of this culminated in the decision to refocus the business on unique and quality mobile video content - a plan that neatly fits owner Vodacom's drive to increase mobile data usage.

It was also decided to overhaul the Zoopy brand identity in a bid to ensure quick and clear communication as to what the service stands for. The new slogan is "The world in 90 seconds" and the look and feel of the site has embraced a tabloid-style format.

The restructuring hasn't been without its share of pain and Zoopy has retrenched 10 staffers. The remaining team consists of a compliment of 14. The gain, Elk hopes, is profitability by November/December this year.

Bloggers and media sites who uploaded content onto Zoopy or embedded UGC from Zoopy on their sites have until 31 March 2011 to download/replace the material before it goes offline. Elk offered his apologies to users that will be inconvenienced, saying hosting fees wouldn't allow the business to carry on hosting the already uploaded UGC indefinitely.

While the Zoopy dream of becoming a "living archive of the African experience" has been dashed, the race towards profitability could no longer be postponed, and will hopefully ensure the sustainability of the business and an African presence on the mobile video web. 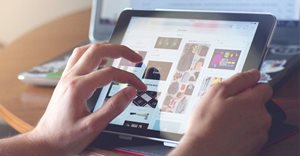 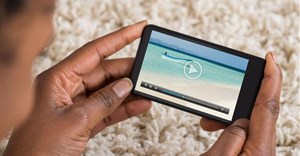 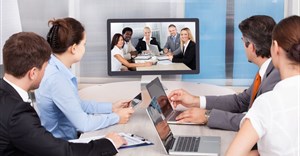 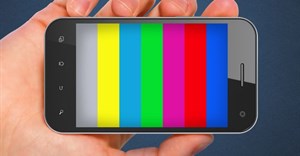