#CEM19: How to eff-up early in business, then recover

By: Leigh Andrews
Daniel Thebe, founder of Isidima Brands Multimedia and Uhuru Consumer Electronics, explained his five phases of career growth so far at the 2019 CEM AfricaSummit, issuing advice and learnings for those looking to follow in his footsteps as a young entrepreneur from Khayelitsha.
Thebe was open and honest in sharing his companies' tales of facing liquidation to the successes they are today, with Uhuru the world's first and only African-owned, -controlled and -managed smart device brand. That said, his road to success was by no means an easy one.

While he's currently regarded as an award-winning thought leader on African brand communication and reputational management, Thebe admitted to a rocky entrepreneurial start as a Capetonian now living in Johannesburg, as he felt it a unique yet divided place to be, a space where many startup entrepreneurs with big vision feel constricted by the city.

Rewinding his personal tale, Thebe is the son of a preacher, now a Muslim, who dropped out of med school but is hoping for an MBA sponsor.

He's a bundle of contradictions, at once shy and unassuming, the next moment confidently telling his success at entering the advertising billboard spaces in Khayelitsha, Dunoon and Nyanga, eventually becoming a media comms tech company with footprints across the continent.

Sharing his personal growth plan, which is not sector-specific, Thebe aimed to inspire the audience with how he says he became the poster child for learning from your eff-ups in life.

I was the kid who broke the TV with a hammer, as I wanted to see the people inside.

Thebe says he grew up a self-proclaimed nerd in Khayelitsha.

It was a strict household, where he chose to read encyclopedias, and spent his school holidays finishing the next semester's work, which meant he spent his school days both busy working at the tuck shop and bored as he'd already done the work, so he disturbed the others, yet still earned top marks.

Phase 2: Teenager on his own

In the second phase, Thebe was a teenager, living alone from the age of 14 following a fight with his dad.

He worked at a restaurant at the V&A Waterfront and quickly became assistant manager, but knew this wasn't his career endgame when the manager said Thebe reminded him too much of himself.

Phase 3: Drinking away the pain

He'd been tinkering away at it for a long time but formalised Esidima Brands Multimedia in 2008. Thebe admits he thought he knew it all, as he had advanced so much in comparison to his peers, but it all came crashing down in 2013 when his son passed away.

He started drinking away the pain and the business came close to shutting down 13 times. Thebe says, "S#it happens, you get tested." He was already a Muslim at the time, and he had a higher consciousness of faith but felt that the one thing he had been building his business for - his son - had been taken away from him.

Phase 4: Putting it out there

A year later, in 2014, Thebe says he had written his own obituary and felt he was becoming a failure. Then he realised that if he continued on that path, it would be akin to spitting on his son's grave if he didn’t continue putting his all into the business. He went for counselling and slowly started to see the light again.

Thebe says he doesn't know exactly how it happened, but he spoke it to the universe that he wanted to run a telecoms/smartphone/online/streaming company - fast-forward and was heavily invested in building an African smartphone brand.

In building Uhuru, Thebe says he was often asked it he wanted to be the "Mark Zuckerberg or Steve Jobs of Africa". He says no, as he has doubts that either of them would have accomplished 10% of what they did if they'd been born with his skin colour.

Thebe has travelled the world and feels there’s something inherently wrong with it. He prefers to do business in Africa, "a place with so much diversity," as the rest of the world is still very segregated itself.

In this fourth stage, he realised it’s not up to you, it’s all about the energies out there and while all readers may not be leaders, all leaders are readers.

Since I was little I was able to 'speed-read' and absorb information extremely fast. ⠀⠀ And I've noticed that most of the world's great leaders, and especially great communicators, read a lot. ⠀⠀ Elon Musk credits the way he's able to learn & accomplish so much to reading. Jay Z says the spiritual/LoA book Seat Of The Soul by Gary Zukav opened major doors for him. Oprah's Book List speaks for itself. ⠀⠀ Now there are accomplished people who don't enjoy reading, Kanye West, for example. But I'd wager he'd accomplish even more if he did. ⠀⠀ Regardless, I, and Margaret Fuller agree... ⠀⠀ ...if you wanna be a leader, first be a reader. ⠀⠀ What do you think? ⠀⠀ �� Thanks to new followers: @surveyor_godwin @lopez_lov_1998 @joeb835 @just.samia @artistigspecialist ⠀⠀ ��:@dcorbin_photo ⠀⠀ #readingtime #readingteacher #readingaddict #readinglife #readingchallenge #readingisfundamental #readingforpleasure #readingissexy #imareader #readersareleaders #leadersarereaders #buildyourempire #empirebuilder #wordsandpictures #businessaccelerator #hustlequotes #successquotes #motivationquotes #jryze #soaringbeliefs


Thebe strongly believes you are the the total sum average of the top five people you hang around with, and says that’s why left Cape Town - he had lots of drinking buddies, and lots of buddies with ideas, but no one who would turn those ideas into reality.

So he moved, and took a conscious decision to be an author and give regular talks to inspire others, as you need a purpose and to be strategic to succeed in business - this may seem obvious, but not many go in with a clear mindset.

Phase 5: Changing the world, one step at a time

Sharing the greatest lesson he's learned from his journey so far, Thebe said it's still that he doesn't know everything, and also that you need to stay true to your purpose, which can evolve over time.

Thebe feels his purpose now is to rewrite the narrative of Africa, and concluded his session with the call-to-action:

I'm doing what I can to change the world, please change it with me.

Cue hearty applause from the audience, as these are lessons we can all learn from. That concludes my coverage of the CEM Africa Summit, click here for more.
NextOptions
›
Email Print PDF
Follow 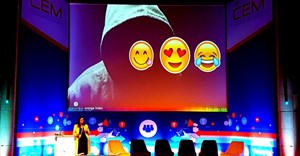 #CEMAfrica2018: Why customer loyalty is becoming a thing of the past and what to do about it3 Aug 2018 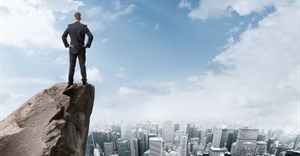 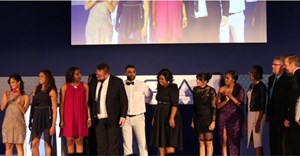 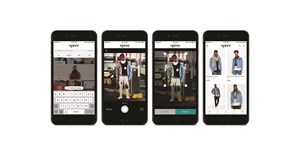 How Spree is transforming its customer experience through technology29 Jun 2017