By: Daniel Dercksen
There are four films released in local cinemas this week - the psychological thriller Nightmare Alley is a cautionary tale about the dark side of American capitalism, Licorice Pizza tracks the treacherous navigation of first love, A Journal for Jordan is a powerful reminder of the importance of family, and the thrilling Shattered is a story of lust, love and deception.

With the virtuous Molly (Rooney Mara) loyally by his side, Carlisle plots to con a dangerous tycoon (Richard Jenkins) with the aid of a mysterious psychiatrist (Cate Blanchett) who might be his most formidable opponent yet.

Carlisle begins as a literal nobody, a man who has ditched a scarred past and is so desperate to separate himself from his origins that he decides to join a passing carnival and become a member of a world unto itself. Carlisle’s rise through the ranks of the carnival troupe continues onto the higher echelons of American society all against the background of the great depression in America.

Nightmare Alley moves from the inner circle of a 1930s travelling carnival, a realm of shocks and wonders, to the halls of wealth and power where seduction and treachery reside. At its core lies a man who sells his soul to the art of the con. This is Carlisle, a drifting hustler who transforms himself into a dazzling showman and manipulator so masterful he comes to believe he can outwit fate.

It is directed by Guillermo del Toro with a screenplay by del Toro and Kim Morgan, based on the 1946 novel of the same name by William Lindsay Gresham.

“I was very interested in a story about destiny and humanity,” says del Toro, who journeys into the most arrestingly dark, sweeping and realistic world - the cinematic world of film noir with Nightmare Alley, exploring the murky lines between illusion and reality, desperation and control, success, and tragedy.

“I wanted to render a classic story in a very alive and contemporary way. I wanted people to feel they are watching a story pertinent to our world,” del Toro says.

Thi is the story of Alana Kane and Gary Valentine growing up, running around and falling in love in the San Fernando Valley in 1973. Kane - played by Alana Haim - is a young woman seeking to find and define herself beyond her uninspiring job as a photographer’s aide.

Valentine has already established himself as a working actor and wangles an opportunity for her to be his chaperone during a New York television appearance. The film tracks the treacherous navigation of first love.

Written and directed by Paul Thomas Anderson (from Boogie Nights, Magnolia and Phantom Thread). The film is based on the experiences of a childhood friend who would tell him stories of his childhood and then wove a love story into the script.

“This story just emerged,” says Anderson. “I love the way it unfolds. You meet these two people. You have them fall in love and get to see their relationship blossom, and there are various episodes that challenge them in different ways. I didn’t overdesign it. I just got lucky.”

A Journal for Jordan

Directed by Denzel Washington and starring Michael B. Jordan with a screenplay by Virgil Williams, the film is based on the true story of First Sergeant Charles Monroe King (Jordan), a soldier deployed to Iraq who begins to keep a journal of love and advice for his infant son.

Back at home, senior New York Times editor Dana Canedy (Chanté Adams) revisits the story of her unlikely, life-altering relationship with King and his enduring devotion to her and their child. A sweeping account of a once-in-a-lifetime love, the film is a powerful reminder of the importance of family.

After lonely tech millionaire Chris (Cameron Monaghan) encounters charming, sexy Sky (Lilly Krug), passion grows between them - and when he’s injured, she quickly steps in as his nurse. But Sky’s odd behaviour makes Chris suspect that she has more sinister intentions in Shattered. It’s a thriller with a can’t-look-away style that guarantees to keep the audience guessing until the very end.

A story of lust, love and deception played out in a Montana mansion, the story was written by David Loughery (The Intruder and Lakeview Terrace), directed by Luis Prieto (White Lines, Kidnap and Pusher) and stars Lilly Krug (Zero Contact/Heart Of Champions) as con-artist Sky and Cameron Monaghan (Gotham, Shameless and The Giver) stars as Chris, the millionaire who falls in love with her.

Daniel Dercksen has been a contributor for Lifestyle since 2012. As the driving force behind the successful independent training initiative The Writing Studio and a published film and theatre journalist of 40 years, teaching workshops in creative writing, playwriting and screenwriting throughout South Africa and internationally the past 22 years. Visit www.writingstudio.co.za
Read more: Film, Denzel Washington, Daniel Dercksen, new movies, new films #OnTheBigScreen: My Sweet Monster20 May 2022 #OnTheBigScreen: Firestarter, Everything Everywhere All At Once, Indemnity13 May 2022 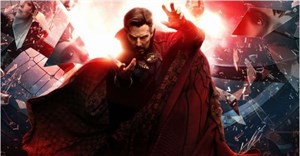 #OnTheBigScreen: Operation Mincemeat and Doctor Strange in the Multiverse of Madness6 May 2022 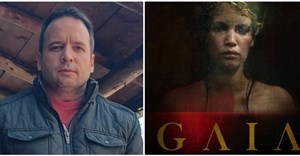