Eugene Yiga: You guys have been together for over a decade. How did it all get started?

Prime Circle: It all started in a small town called Witbank where Marco, Dirk and Ross met and were in different bands at the time. Later on, Neil's band at the time toured with Prime Circle and after that tour Neil joined Prime Circle on keyboards. Dale, the drummer, knew the guys previously and always used to ask the guys when he could join the band - "'in jest". Much to his surprise he finally got his wish when the previous drummer retired from the band.

And why the name Prime Circle?

Prime Circle is a circle of friends and a circle of musicians all with the same dreams and goals. What do you remember most from your early years as a band?

It would be when the band opened up for Live on their SA tour; after that tour many doors opened up for the band and our careers launched from there.

And what would you say has been your biggest professional highlight so far?

Selling Gold and Platinum albums, sharing stages with some of the greatest international artists of our time, still being privileged enough to have a career in pursuing our dreams and having such loyal fans.

Chatting about [your sixth studio album] "Let the Night In", what's the meaning behind the title?

The title suggests the joys of the nightlife and letting a bit of joy and happiness into your everyday stagnant life. Sitting behind an office desk and all you can wait for is the evening to come for you to let your hair down and just be free.

And what inspired this album?

We are continuously writing music, so inspiration for the album came from everyday experiences of traveling and seeing different parts of the world and just bringing a bit of hope and fun into people's lives. How would you say that this is different to what you've done in the past?

Each individual member was pushed harder and challenged more in the sense of digging deeper in their craft. Pushing each other's non-comfort zones played a big role in the sound we got.

And how else would you say that your sound has changed over the years?

It has become more refined and more mature. The more you practice something the better you get. So we are still trying to search for the next big song or next big sound every day.

What do you have lined up for the South African launch concerts?

We will be doing very slick rock 'n roll performances with a taste of big production and filming the performances. We'll be performing a lot of the new songs and a big mix of the previous hits. We're hoping to leave the audience in awe and a night to remember for years to come. It is a two-hour show. It is an Arena Tour. Huge venues.

And how do you feel about embarking on your European tour?

We are very excited to tour Europe again. Our fan base is increasing there and we enjoy flying the SA flag; also making the rest of the world aware of SA music and hopefully open doors for future SA bands to continue the legacy.

What do you love most about live performances?

We get a huge rush performing live, seeing people lose themselves for that period of time that you're on stage and all their problems disappearing for a moment. Seeing the fans singing the songs loud and proud, and just the energy and power of music is awesome.

And what do you miss most about being away from home?

Our families, our fans, and biltong. Ha! What would you say has been your favourite place to perform and why?

South Africa, because there is no place like home. Respect to our fans and a huge thanks for all the support over all these years.

And what's next for you guys when you get back from Germany in October?

We will be touring other parts of Europe and Asia. Then in December we will be touring SA promoting our new album. We have brand new "Let the Night In" merchandise, which the fans have demanded. See you on the road soon!

Prime Circle performs launch concerts for "Let the Night In" at Bloemfontein's Sand du Plessis Theatre on 1 August and Cape Town's Grand Arena on 9 August. Book at Computicket or call +27 (0)51 447 7772. 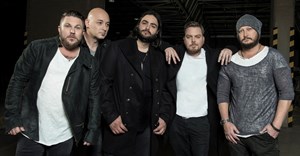 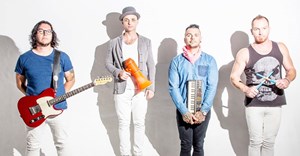 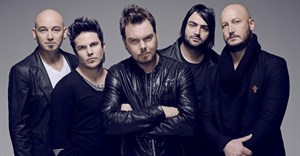 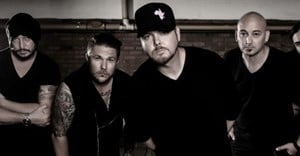 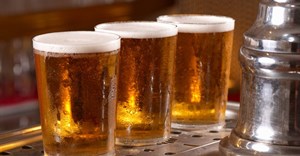 Literally standing the test of time28 May 2015 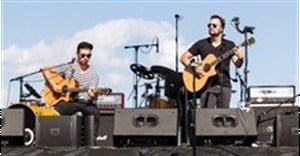