Going for a Spinster

By: Eugene Yiga
After The Spinster was first performed at the Wits Theatre Nunnery in August last year, its successful reception led to invitations across the country. The one-woman show is now making its first Cape Town appearance at Alexander Bar. 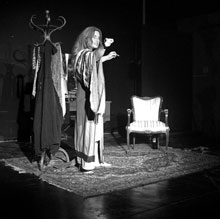 Front and centre is writer and performer Kyla Davis, a graduate of the National School of the Arts in Johannesburg and The School of Physical Theatre in London. Her work with the Well Worn Theatre Company, an NPO that creates productions around themes including sustainable development and climate change, led to her inclusion in the Mail & Guardian's Top 200 Young People in 2011. But The Spinster, directed by James Cairns, is described as a personal project that does not fall under Well Worn's work.

Tales of sexual conquest around the world

This short production takes place in the home of, well, a spinster: the kind of woman who drinks one glass of wine too many and might very well spend her time talking to multiple cats because her friends don't come around anymore. But then a stranger knocks on her door and she uses the opportunity to reminisce about the adventures she's been on throughout her life. Yes, some of her tales of sexual conquest around the world get a bit explicit, but her message of chasing dreams and living a "wild life" turns what could have been a crazy rant into something surprisingly poignant. The result is one part hilarious, one part heartfelt, and something that will stay with you after the show ends.

Spinster is at Cape Town's Alexander Bar until 17 April. If you'd like to have dinner at the restaurant, aim to arrive at around 6pm. For all bookings and reservations, go to www.alexanderbar.co.za.
NextOptions
›
Email Print PDF
Follow 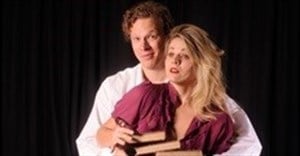