9 Mar 2021 | Email | Print |  PDF
Johannesburg-based couple, Mabel and Wale Akinlabi, have developed a successful frozen convenience food business, Browns Foods, which was inspired by a spontaneous catering decision during their daughter's 11th birthday.
After many months of experimentation and hard work in the Akinlabi home kitchen initially and then a factory, the duo's Browns Corn Dogs range is now available in more than 100 Checkers stores around South Africa.

“During our daughter’s 11th birthday party I yanked out corn dogs that I was making. The kids loved these things, and I asked them all: 'If we make these would you ask your parents to buy you some?' and the answer was an emphatic ‘Yes!’,” says Mabel.

Off the back of this response, they founded Browns Foods in 2019 with the single corn dog product. While testing and perfecting their recipe, they approached the Shoprite Group and struck a deal with buyer Promise Mpele. “Promise said that they try their best to support young black business, and they really really have. He held our hand the whole way and took us through the entire process,” says Wale.

New to the retail industry

The couple, both with successful backgrounds in broadcasting, were entirely new to the world of food production and retail. Because of this, they had a raft of questions for their buyer from pricing to product development.

“We asked what pricing would be fair, we wanted to find out what regions we should go into, what distributors we should use, do they like our packaging, what do consumers like … Information that we could've learnt painfully, but our buyer held our hands through the process,” says Mabel.

From a single corn dog made and presented on a chopstick, the pair then built up their business over the course of a year, in the midst of the coronavirus pandemic. They imported equipment from the United States, set up a factory and refined the recipe.

Getting the corn dogs to market took plenty of hard work, grit, determination and positivity. “Retail is a whole new sector for us. We now love it, and we've learnt a whole lot, but it's been challenging. We’ve been received really well by the public,” says Mabel.

By the end of 2020, they were able to supply Checkers stores with their popular corn dogs in three different flavour variations - Awesome Original, Jalapeño Cheese and Creamy Cheese. “Kids love the fact that it's salty, sweet and creamy in your mouth. It doesn't feel legal, even though it's full of meat and mom knows it'll keep you full for a long time. And it's on a stick - it's so fun to eat!” says Mabel.

#StartupStory: Small-batch plant milk made in the Cape

As a result of the success of Browns Corn Dogs, the duo is looking to expand the range, starting with a fully vegan corn dog offering.

The Akinlabis have lots of advice for other budding entrepreneurs looking at moving into this space, but Mabel says the most important thing is to make yourself accountable.

“If you have a brilliant idea, tell someone else about it and make yourself accountable to someone. Now it's out there, so you've got to do something about it,” she says.
NextOptions
›
Email Print PDF
Don't miss BizTrends2022 - 7 keynote speakers forecast trends shaping business in our region! Register now! 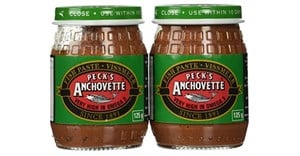 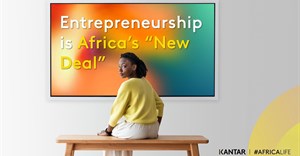 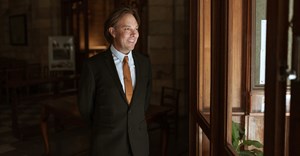 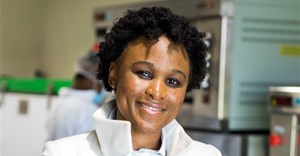