28 Jan 2016 | Email | Print |  PDF
"I love writing. I write because I need to, because it sustains and energises me. Writing allows me to do everything else that I do." - Kopano Matlwa Mabaso
The acclaimed short-film series 21 ICONS has featured the 18th icon of its third season: Kopano Matlwa Mabaso. The 30-year-old is a South African medical doctor pursuing a PhD in public health at the University of Oxford. She is also the author of the critically acclaimed novels Coconut and Spilt Milk.

Matlwa Mabaso has been selected for 21 ICONS South Africa Season 3 as a voice for the new generation of South Africans dealing with issues such as race, poverty and gender and coming to grips with their sense of identity. She is also acknowledged for making healthcare more equally accessible and for establishing educational support programmes.

On her selection as an icon she comments, "My discomfort provoked me to write. Growing up in post-apartheid South Africa as a black, young South African, I was grappling with my sense of identity in a very complicated country. So I wrote about this discomfort."

A University of Cape Town (UCT) and Rhodes scholar, she holds an MBChB from UCT and an MSc in Global Health Science from the University of Oxford.

She says, "I could never choose between medicine and writing. Anton Chekhov said, 'Medicine is my wife, and writing my mistress,' and that makes complete sense to me. I love them both."

"As a doctor you have the unique privilege of listening to people's stories. They tell you things they would never tell anyone else. I care deeply about people's stories so for me, medicine and writing make sense together," she adds.

Pretoria-born Matlwa Mabaso was just nine-years-old when South Africa birthed its democracy in 1994. In her debut novel, Coconut, published in 2006, she writes about her experience growing up as a young black girl in the new South Africa and the complexities associated with finding a sense of belonging.

Labelled a "Coconut", a South African stereotype regarded a slur, she tells Van Wyk how the novel unpacks what it means to be young, black and beautiful in the new South Africa, where fitting in can be at the cost of one's own identity.

"I write about things that I find difficult. Coconut began when I was in high school, trying to figure out my own identity and often what was considered to be good was everything white and the challenge of finding a place and meaning as a black young South African. Spilt Milk came from grappling with the South Africa that I live in - I write about what bugs me," she says.

However, she believes that the commonalities between individuals far outweigh the differences; "We are all more similar than we think we are. People struggle with identity all over the world, which is one of the things we have in common."

In 2012, she founded the Transitions Foundation, an organisation that attempts to improve the performance of young South Africans across the gamut of educational needs.

When asked about her thoughts on the recent events surrounding #FeesMustMall she enthuses, "I can't remember the last time I was as excited about South Africa as when I watched those young South Africans who took to the streets to demand free education. It's the South Africa that we've always been and it's great to see that South Africa back again."

For the portrait 'Imagined Reality', Gary van Wyk describes the visual elements, "Using various props, a colourful 'wonderland' is constructed that echoes Matlwa Mabaso's love for discovering characters, health solutions, and deconstructing embedded cultural ideas, like 'coconut' and 'the rainbow nation'. Seated among multiple palm tree leaves wearing a rainbow charm necklace - a severed coconut to her left and milk spilling to her right - she is imagined as the conjurer of a fantasy world that breaks boundaries through creativity."

On the future of South Africa she says, "I am very optimistic about our rainbow nation. Maybe it needs to be re-examined and re-imagined but there's a sense that it is ours. Young people are going to lead and it's such an exciting time."

She concludes, "I think it's a misnomer that we go abroad to learn and come back. As South Africans, we have so much to teach the world, and our continent has so much to contribute. This is the place people will be looking toward in the future."

The short film-series documents the conversations between Gary Van Wyk as the photographer and filmmaker and the icons. Each short film provides insight into both the subject and photographer's creative approach to the portrait.

Behind each portrait lies a carefully planned concept that captures not only the essence of each icon visually, but also in spirit and in terms of their unique legacy. 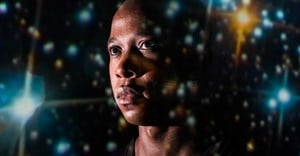 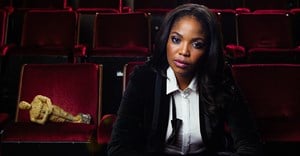 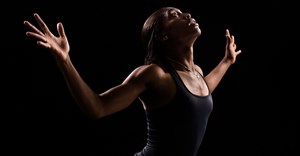 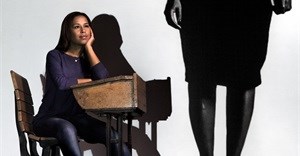 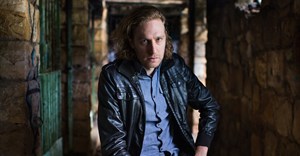