"Essentially, we're seeking to aggregate development finance and partner country ambition, philanthropic resources, and private finance to accelerate the decommission of high-emitting assets while investing in renewable energy and supporting an inclusive and equitable transition for impacted communities," said John Morton, climate counsellor in the US Department of Treasury, in a pre-recorded presentation.

Morton acknowledged that while the $8.5bn is a substantial public-donor commitment, it won't be enough to fully support SA's transition. But, he said, it can help unlock greater private sector resources. SA still, however, needs to address the issues around Eskom's solvency, build up its transmission network to support large renewables expansion, and develop a holistic strategy to support communities affected by the transition, he said.

De Ruyter noted that while an energy transition has become inevitable, one of the key challenges for South Africa is to make sure it is a just one. "We need to take cognisance of the very legitimate concerns of those who've invested years of financial equity, but also sweat equity, in the coal value chain," he said.

"We will be remiss if we put a padlock on the gates of our power plants and walk away and embark on an investment programme that leaves those in the lurch that have contributed so much to the South African economy over the 99 years for which Eskom has been in existence."

He explained that grid access is the biggest constraint to rapidly connecting new sources of power generation, and that part of the $8.5bn has been earmarked to help address this. However, South Africa needs between 8,000-10,000km of new transmission lines and over 100 new major substations - the development of which will take a very long time.

"To facilitate earlier grid access, we looked at our existing grid and that grid is, by and large, concentrated in the province of Mpumalanga where our current coal-fired power stations are predominantly located.

"This presents us with an extremely elegant solution to migrate to a just energy transition by making available grid access where it currently is and migrating new employment opportunities and new economic development in the coal belt where the need is the greatest," said De Ruyter.

Werheit highlighted Germany's contribution to the JETP, noting that it is a multi-decade initiative that requires a coordinated, multilateral approach. "This is a big challenge and a huge task but let's not forget that this is also the biggest opportunity of our time. This JETP could become a blueprint for many other countries and many other regions," she said.

She emphasised that the partnership was formed to support South Africa and it is up to the country to lead the way forward. Werheit also encouraged private sector engagement and investment in climate action and green, sustainable solutions.

Rey highlighted the ongoing partnership between the African Union and the European Union in the green energy transition. "The European Union knows that protecting the environment is necessary... and we cannot do it alone."

He said the AU-EU partnership was based on three principles: that renewables cannot provide Africa a complete solution in the short term, no one type of energy resource or fuel type will be sufficient and, lastly, that Africa can develop its energy autonomy but it will require long-term resilient and sustainable energy markets.

"This is a mutual learning exercise," said Rey. "We have the same problems in Europe and we should not forget that. Together, we can get it peer to peer and gain, mutually, the lessons to get it right." 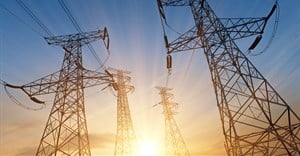 Higher electricity connection fees in South Africa? A good, and necessary, next step2 days ago 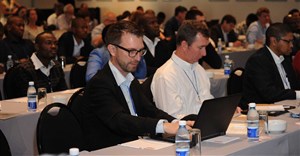 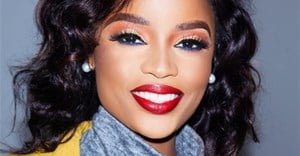