30 May 2022 | Email | Print |  PDF
By: Nelson Banya
London-based investment firm Appian Capital Advisory's $1.2bn compensation claim proceedings against South Africa's Sibanye-Stillwater for the termination of two mine deals have started in a UK court, the miner announced on Monday, 30 May. Appian is seeking compensation after Sibanye pulled out of a deal to acquire two mines in Brazil in January 2022. Sibanye said it had received formal notification of Appian's legal action on 27 May.

"The claim commences legal proceedings before the High Court of England and Wales (Commercial Court) against the group following termination of the share purchase agreements it had concluded with Appian for the acquisition of the Santa Rita and Serrote mines in Brazil," Sibanye said, adding that it would defend itself against the claim.

In January 2022, Sibanye announced it had terminated the agreements signed in October 2021 for the acquisition of the Santa Rita nickel mine and Serrote copper mine, both in Brazil, from Appian affiliates.

Sibanye's reason for terminating the deals

Sibanye cited a geotechnical event at Santa Rita as the reason for terminating the deals.

In a statement on Monday, Appian said Sibanye's decision to withdraw from the deal was based on an "incorrect assertion".

"Appian considers that Sibanye has improperly relied on the event to avoid its legal obligations and that Sibanye wished to terminate the sale and purchase agreements (SPAs) for commercial reasons unrelated to the geotechnical event," the investment firm said.

"Sibanye's failure to close the transaction and incorrect public statements in relation to the Santa Rita mine have materially damaged the market perception of Atlantic Nickel and Appian. Through these proceedings, the company is seeking to recover its losses in full."

The acquisition of the Santa Rita nickel mine and Serrote copper mine was meant to bolster Sibanye's battery metals portfolio as the miner seeks to diversify away from platinum and gold. 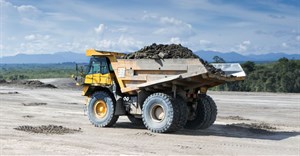