By: Siyabonga Mbanjwa
The energy industry breathed a huge sigh of relief recently when energy minister Mmamoloko Kubayi announced that power purchase agreements (PPAs) for renewable energy from bid windows 3.5 and 4 will be signed by the end of October 2017.
The industry’s sense of euphoria is understandable, given that the renewable energy sector has been plagued by a dearth of positive news and lengthy delays in signing the outstanding PPAs, which slammed the brakes on the roll-out of South Africa’s Renewable Energy Power Producer Procurement Programme (REIPPPP).

For a long time, these delays had led to a thick, dark cloud of uncertainty over the REIPPPP. This was weighing heavily on independent power producers (IPPs), investors, manufacturers, suppliers, and other role players in our industry’s value chain, who were beginning to lose faith in the programme.

While the announcement by Kubayi sends a positive signal, it is premature to conclude that we have turned a corner and that the future direction of the REIPPPP has been crystallised. The minister has made it clear that state-owned electricity supplier Eskom is sitting with excess generation capacity that is projected to last until 2021.

She has also acknowledged that the majority of the projects in bid window 3.5 and 4 will be commissioned closer to 2021 therefore these projects will not further increase the overcapacity. The minister also informed the market that all future programmes related to the REIPPPP will be put on hold until the Integrated Resource Plan (IRP) is updated in early 2018.

A careful analysis of the statement indicates that the government has removed uncertainty for projects related to bid window 3.5 and 4 but, beyond this window, huge uncertainty over the REIPPPP still remains.

The moratorium on future renewable projects has left bid window 4.5 in limbo, despite Eskom previously indicating that this bid window will go ahead. The Department of Energy (DoE) received bids for window 4.5 in November 2015, but since then the industry has been waiting for preferred bidders to be announced. The uncertainty over the REIPPPP is further complicated by the DoE’s intention to renegotiate a tariff cap of 77c per kilowatt hour with preferred bidders in bid windows 3.5 and 4.

We sympathise with the fact that the government needs assistance from the industry to reduce costs associated with the programme. However, it is concerning that the minister has placed the 77c/kwh tariff cap as a condition for signing PPAs without investigating the implications for individual renewable energy projects.

For instance, some projects will be able to accommodate the tariff cap and remain economically viable, while others - particularly those that use technologies such as biomass and concentrated solar power (CSP) - will be affected negatively, as the proposed cap is too low and commercially unworkable for these technologies. It also assumes that the value that each technology provides is the same.

This cap is significantly out of touch with tariffs that are currently being achieved all over the world for some technologies. The one-size-fits-all approach to the tariff cap needs to be handled with care, as it may cause more harm than good and slow down the pace of innovation, research and development in the renewable energy sector, which is at a nascent stage of development in South Africa.

We are hopeful that in the course of consultations with the minister and the DoE, the position on the tariff cap will be reconsidered. It may displace technologies that could contribute a great deal to generating reliable and dispatchable renewable energy.

The moratorium and the proposed tariff cap have introduced some level of complexity to the debate on how best to proceed with the REIPPPP. It becomes imperative that the updated IRP removes uncertainty that may hamper progress.

Unfortunately, if prolonged, the lack of policy clarity will stifle future investments and employment creation in the sector. As a result, socio-economic and enterprise development projects will suffer in rural communities that host the renewable energy projects. This will be an unnecessary price to pay given our country’s need to stimulate economic growth and reduce inequality.

We are hopeful that the government will consider all inputs made by the public and renewable energy industry in the IRP and that our country will remain committed to renewables being part of a balanced energy mix.

A move in a tangent direction would be contrary to our country’s commitment to significantly slashing greenhouse gas emissions by 2025 in order to mitigate the negative impact on climate change. Our commitment to the Paris Agreement, which was recently re-confirmed by President Jacob Zuma at the United Nations in the past few days, would also lose credibility.

South Africa is the 12th largest emitter of carbon dioxide (CO2) in the world and is responsible for nearly half of Africa’s CO2 emissions. Our energy sector accounts for 69% of that, largely due to our reliance on coal-generated power.

Having said this, we believe that the renewable energy programme is not at risk of being scrapped outright, but it will probably proceed at a slower pace with more emphasis on obtaining the lowest tariffs from IPPs and using the sector to drive radical economic transformation.
NextOptions
›
Email Print PDF
Follow 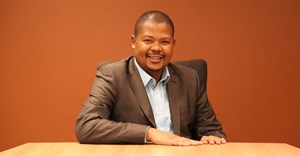 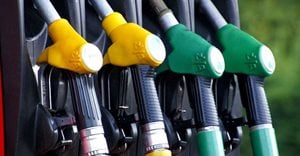 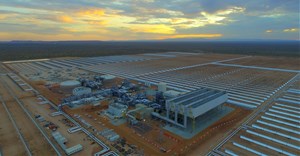 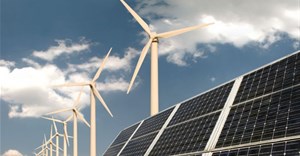 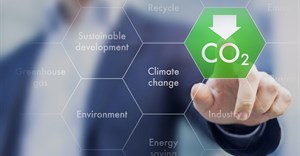 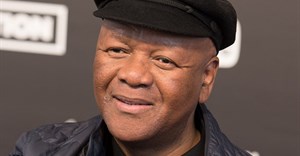 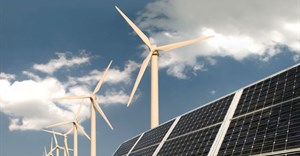