29 Jan 2022 | Email | Print |  PDF
The South African Broadcasting Corporation (SABC) has reported that it has fired Phathiswa Magopeni, its news and current affairs group executive.
The Corporation cites a breakdown of trust in the relationship between the two parties as the reason for the dismissal.

The South African National Editors’ Forum (Sanef) has reacted to Magopeni’s dismissal, in statement saying it is “saddened”.

“Magopeni has been treated unfairly by the SABC as they continued to ignore her submissions to their various nefarious intents, such as calling her to give reasons for mitigation against her dismissal, which she wrote back to, yet they ignored that and released an ill-informed statement regarding her dismissal,” says Sanef.

The SABC statement explains that the action follows the SABC’s instituted disciplinary proceedings, in line with its Disciplinary Code, against Magopeni for her alledged role in breaching of the South Gauteng High Court Order dated 14 September 2021.

“An open and transparent disciplinary hearing chaired by Advocate Nazeer Cassim SC was held in public on 17, 20 and 21 December 2021 Magopeni was found guilty of misconduct for failure to take appropriate measures to ensure that the Court Order was complied with,” says the corporation in a statement.

According to the broadcaster, Advocate Cassim SC recommended that Magopeni be given a sanction of a warning: “However, if Ms Magopeni made common cause with the remarks as set out in the heads of argument submitted on her behalf, the SABC should, in its discretion and decision-making power, adopt a sanction which is consistent with that of a breakdown in the trust relationship between employer and employee."

SABC's Magopeni: guilty of one out of three charges

The SABC says Magopeni was afforded an opportunity to submit mitigating factors and to address aggravating factors identified by the SABC.

A key role in democracy

“The SABC management and board, since making the announcement to charge Magopeni, has carried itself in a questionable manner that has not only been disheartening, but has also put a negative dent on the reputation of the public broadcaster.

“It’s unfortunate that the gains made in recent years since Magopeni assumed the leadership of the news team are now being taken backward, by a management team that wants to see the news division led asunder with clear political influence from the ANC,” says Sanef.

Sanef states that: “This pattern needs to be condemned because it makes a mockery of labour laws and associated processes. It also leads to a mistrust of our public institutions and denies the public broadcaster their constitutionally protected freedom of media.

"An environment where people can be fired following political interference by the ANC-influenced elections campaign leads to self- censorship and restrains journalists and media workers from the freedom they need to do their job.”

Furthermore Sanef says: “The SABC plays a key role in our constitutional democracy, editors espousing independence who work for it must be given the freedom and independence to do their jobs and make decisions even when they are politically unpopular, as long as they are for the good of public interest."

It further states: “The SABC cannot be a place for serving any political party’s agendas, factionalism or serving any narrow political interests. We are resolute that this outrageous decision by the SABC will be challenged by all endeavouring to see an independent SABC newsroom. The public, the main stakeholder in the institution, envisage no such political interference at the public broadcaster."
NextOptions
›
Email Print PDF
Read more: SABC, Media freedom, public broadcaster, SABC, SANEF, South African Broadcasting Corporation, South African National Editors Forum Another journalist murdered in the line of duty13 May 2022 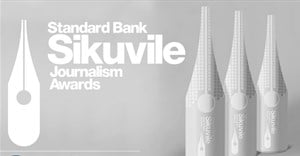 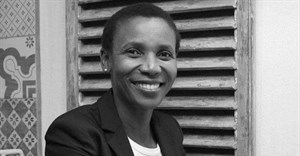 Sanef mourns death of Phindile Xaba, the journalist's journalist9 May 2022 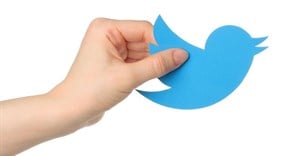 What will Elon Musk's ownership of Twitter mean for 'free speech' on the platform?29 Apr 2022 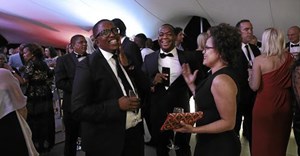