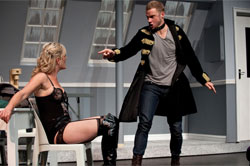 At the start of the play, we're introduced to Thomas (Neil Coppen), a playwright and director looking for a leading lady to star in his new production. Just as he's about to call it a day, in walks Vanda (Janna Ramos-Violante), an actress who swears like a sailor but happens to be surprisingly good at what she does.

As the evening progresses and Thomas postpones dinner plans with his fiancee, the two begin to explore the script almost as much as they explore each other. What follows is a fascinating and witty game of power and desire, constantly blurring the lines between the audition and the play, the director and the directed, the master and the slave.

Sexy and funny and a roller-coaster of genres 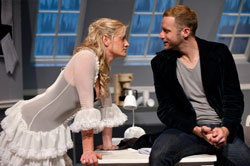 Director Steven Stead and designer Greg King (the KickStart duo behind Cabaret, Red, Don't Dress for Dinner, and Twitch) saw the play in New York and approached Ramos-Violante when they returned. "They gave me a copy of the play to read and I fell in love with the character and the story," she said. "The script is sexy and funny and a roller-coaster of genres. The characters are layered and complex. I was excited about the challenge."

In the hands of two unbelievably talented leads, life imitates art and art imitates life in a way that is truly mesmerising to behold. "Every person who watches the play will identify with the power play within the story," Ramos-Violante continued. "We all play cat-and-mouse games in our relationships and get turned on by it. The sexual tension in the play is incredibly palpable; it's like an hour-and-a-half of foreplay."

Venus in Fur (PG-16) is at Cape Town's Theatre on the Bay until 22 June and at Pieter Torien's Montecasino Theatre and Studio from 17 July to 25 August. Tickets are available from Computicket. 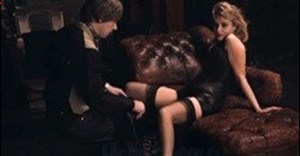 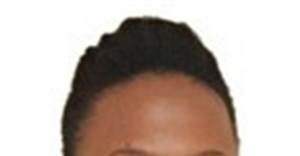