By: Eugene Yiga
John Logan (screenwriter of Oscar-winning Gladiator, The Aviator, and Hugo, as well as co-writer of Skyfall) makes his way back to writing for the stage in Red. The play won six Tony Awards in 2010 (including Best New Play) and the Drama Desk Award for Outstanding Play in 2012. A local staging, produced by the team behind the award-winning Cabaret, is now showing in Cape Town for a limited run. 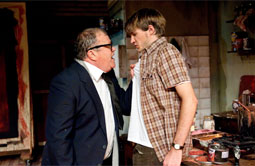 Set in the late 1950s, Red tells the story of Russian-born American artist Mark Rothko (Michael Richard) and his commission to create a series of murals for the Four Seasons Restaurant in New York. He hires an assistant (Jeremy Richard, Michael's real-life son), but, despite the young man being a budding artist in his own right, Rothko initially expresses little interest in getting to know what he thinks or even who he is.

As both characters begin to open up over the two-year period, they get into (sometimes explosive) debates about the rise and fall of artists, as well as the making and meaning of art. They also argue about Rothko's decision to accept such a prescriptive but lucrative deal (worth over a quarter of a million dollars in today's terms). Rothko is adamant that his intentions go beyond just money, but the constant challenging from his assistant forces him to make a decision about the kind of artist he really wants to be. 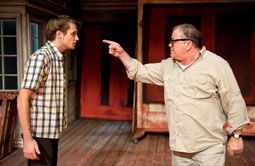 If you're looking to sit back, relax and enjoy the show, Red is not for you. Like any true masterpiece, the play pulls you in and forces you to engage. Part of this is due to the richly written and fast-spaced script, which is so layered and so full of multiple meanings that some of it might not make much sense. (I'm still trying to figure out the significance of the red and the black. Maybe Stendhal can help.)

But Rothko's only interest was in expressing basic human emotions ("tragedy, ecstasy, doom, and so on"). He eventually stopped trying to explain the meaning of his works, insisting that "silence is so accurate" and that words would only paralyse the viewer's mind. I guess that's why a friend of mine, who saw one of Rothko's works at the Tate Modern in London, wound up weeping alongside everyone else. Perhaps the idea that not everything needs to be explained away and that sometimes what you feel matters more than what you think should also apply to this play. All elements of the production - the Richards' powerful acting, Steven Stead's skilful direction, Greg King's detailed design - are so masterfully put together that the experience leaves an impression on you long after it's over. That's the power of art.

Red is showing at Theatre on the Bay, Cape Town until 3 November. Tickets are available from Computicket. 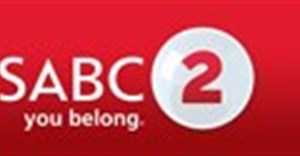 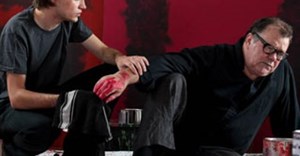