#BlockchainAfrica: "Bitcoin is the best system we've ever had for money" - Simon Dingle

By: Jessica Tennant
"But it still lacks the user experience, appeal, social acceptance and, most importantly, narrative, that will propel it across the chasm into mainstream adoption..." - Blockchain Africa Conference speaker and fintech entrepreneur Simon Dingle on Bitcoin and its impact on industry...
With the Blockchain Africa Conference taking place today and tomorrow, 11-12 March at Investec in Sandton, I interviewed Dingle to find out more...

Firstly, what is blockchain and where do you think we’re at in grasping the concept?

A blockchain is a way for computers to prove that they did something. It enables consensus in networks where there is no trusted central authority, or other third-party, to verify the authenticity of a transaction. It is mostly pointless in contexts where there is a trusted third party. So, in the example of Bitcoin, for example, blockchain is one of the most powerful ideas ever invented. In the example of a private company wanting to revolutionise their supply chain management, it is probably snake oil.

So, how would you explain the difference between Bitcoin and blockchain then?

Bitcoin is a system for peer-to-peer electronic cash. It is money for the internet. Blockchain is an enabling technology of Bitcoin. It is a way for computers to prove they did something.

Bitcoin is a movement, blockchain is a technology. Bitcoin is beyond the control of big corporate interests, while blockchain has been hijacked by every management consultancy firm in town.

The rules are changing, money is opening up

Speaking at the conference last year, you offered a piece of advice regarding cryptocurrencies and the industry in general. You suggested that this technology exists to change the world, but that there are obstacles in the way of widespread adoption. Is this still the case and why do you think this is? What needs to change?

Mainstream adoption of Bitcoin will still take many years. The currency is still prone to price volatility and is not accepted by enough merchants yet, which means that not very many people are using it for its intended purpose, as cash.

Added to that there are now misinformation campaigns being carried out by companies that are threatened by Bitcoin, much like Microsoft spent millions of dollars trying to combat Linux and open-source software two decades ago.

For example, we recently saw American Express placing paid advertorial to spread the lie that Bitcoin wastes electricity. We have publicity, user experience, volatility and other hurdles to overcome before we see mainstream adoption of Bitcoin as currency. Which it is.

You also pointed clearly to the fundamental reason for Bitcoin, saying that it “is the only one” cryptocurrency. Why is this?

What I really said is that Bitcoin is the only cryptocurrency to prove a mainstream use case so far. I am a big fan of many other cryptocurrency projects, but none of them have proven a compelling use case yet.

Any developments in blockchain/Bitcoin we should know about?

This year is the "halving" when we will see the rewards paid to Bitcoin miners cut by 50%. This happens every four years and usually precipitates a bull market for Bitcoin. The Bitcoin Lightning network is also growing and picking up in adoption, enabling the fastest possible payment mechanism for merchants and customers, at unfairly low fees. Right now, retailers and other merchants are forced to pay exorbitant fees to card payment networks, and they could save a lot of money if more of the world moved to accepting Bitcoin Lightning payments.

Comment on the past, current and/or future state of money.

The Federal Reserve continues to print more dollars every year, on overdrive.

The global economy is overheating, and we recently saw how volatile things are when the first hint of coronavirus hitting the USA sent markets tumbling. Debt levels are at an all-time high and our global financial system is poised for one of the biggest corrections in history.

The next financial crisis, which might pale what happened in 2009, will hopefully push more people to question the status quo in terms of how we allow greedy interests in New York to essentially hold the whole world to ransom.

What are some trends you’re seeing play out in this space?

Right now, we're seeing an unbundling of financial services, and a plethora of "fintech" startups trying to own a "re-bundled" stack of financial services. It's a lot of fun, but we already have things that are so much better in the cryptocurrency world. Unfortunately, the world of money continues to plod along as if the internet was never invented. It's curious how banking, for example, has managed to avoid true innovation for decades, falling behind almost every other industry.

It's remarkable to see the superficial crap that passes for innovation in the banking industry - like vertically printed credit cards, as if that changes anything.

Where are we at in grasping these newish concepts and the new way(s) of working with money?

We're behind. People need a good story before they adopt a new technology, and right now the world of financial products is a minefield of misinformation, complexity and very confusing stories.

Is there a mindset shift that is happening/needs to happen?

Unfortunately, most people don't think for themselves. They do what their friends are doing. If you want to truly redefine a category, you need an iPhone-like product that not only packages technology in a way that is easy to understand, but also offers a good story.

Bitcoin is the best system we've ever had for money, but it still lacks the user experience, appeal, social acceptance and, most importantly, narrative, that will propel it across the chasm into mainstream adoption.

Comment on its impact on the Marketing & Media industry?

Bitcoin fundamentally changes the way money works for everyone, in every industry. In media, one example is that publications can very efficiently take funds directly from audiences without relying on middlemen.

One of my hopes is that the advertising industry continues its fade into obscurity, and that cryptocurrency is one of the catalysts for new revenue models that leave advertisers in the dark.

#EntrepreneurMonth: Simon Dingle on how media is being reimagined in the 21st century

Lastly, tell us about your book, In Math We Trust.

It's a short book about the future of money. I think it's totally fine. 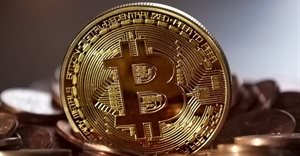 #BlockchainAfrica: 10 African women to watch in blockchain and Bitcoin31 Mar 2020 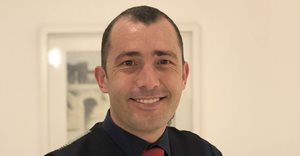 Your entrepreneurial "CAB" to success19 Mar 2020 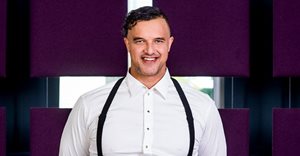 #BlockchainAfrica: The state of the crypto-economy in Africa6 Mar 2020 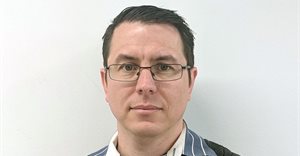 #BlockchainAfrica: So you think you need a blockchain?5 Mar 2020 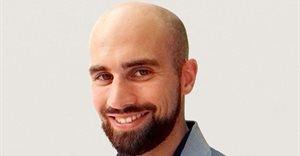 #BlockchainAfrica: The impact of blockchain on the global economy4 Mar 2020 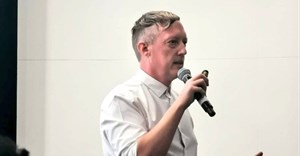 The rules are changing, money is opening up2 Dec 2019