AMIE calls for a comprehensive review of import duties on poultry

17 Oct 2022 | Email | Print |   PDF
The Association of Meat Importers & Exporters (AMIE) is calling for a comprehensive review of import tariffs on poultry, saying that duties are another tax that consumers are unable to bear. This follows the SA Reserve Bank's (Sarb) latest Monetary Policy Review report, which shows that duties applied on imported poultry drive up the cost of chicken and hurt consumers. 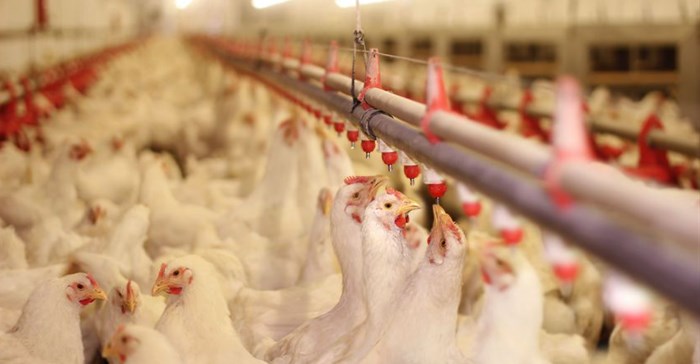 Paul Matthew, the CEO of AMIE says: "The MPR report highlighted the extensive use of protective trade measures by South Africa in recent years and the cumulative impact that this has had on the rising price of chicken.

Given the weak economy and high inflationary environment, and the fact that the Sarb believes that the country has not yet seen a peak in inflation, it is essential that the Government do everything it can to ensure that this critical source of protein remains within reach of the most vulnerable in our society. It’s time that the Government takes a long, hard look at its trade policy, which seems to be protecting large domestic manufacturers at the expense of consumers."

According to the report, "this has contributed to the rising prices of frozen chicken meat and declining imports, with the effects exacerbated by anti-dumping duties and safeguards imposed to limit substitution towards the European Union (EU). Frozen chicken experienced a cumulative increase in most favoured nation (MFN) tariffs from 18% in 2010 to 62% in 2021, increasing consumer prices by between 13% and 40%".

The MPR report explained: "Because chicken is the main source of meat protein for most low-income households in South Africa, tariffs on chicken products are regressive. To this end, the temporary suspension of tariffs on chicken imports announced by government should support the purchasing power of, and the real consumption, by lower-income South Africans. Looking ahead, greater use of economy-wide cost-benefit analyses for sectoral trade policy considerations could provide better insights into the long-run impact of tariffs".

The MPR Report also supported the government's recent decision to suspend the imposition of anti-dumping duties on the basis that it will curb the increase in chicken prices. Likewise, AMIE has welcomed the suspension of anti-dumping duties on chicken imported from Brazil, Spain, Poland, Ireland and Denmark for twelve months, saying this decision is a major win for millions of cash-strapped South African consumers.

Suspension of chicken tariffs a win for SA consumers - AMIE

"We see the suspension of duties as an excellent first step towards containing the rising cost of chicken, but we can and must do more. It is for this reason that we are appealing to Government to conduct a full review of duties on chicken products."

"While the demand for chicken has increased over the years, local production has remained constrained, especially for certain cuts of meat. Imported chicken accounts for less than 10% of total consumption if you exclude Mechanically Deboned Meat (MDM), which is vital in the production of processed meat products.

"Imported poultry not only fills the consumption gap, but provides the necessary competition to ensure that prices are kept in check. What has occurred in South Africa is that ever-rising duties have restricted and concentrated production, pushing up prices. Liberalising trade will remedy this in favour of consumers," concludes Matthew.