After 25 years of progress, world hunger is on the rise again

3 Jul 2017 | Email | Print |  PDF
Since 2015, the number of hungry people in the world has increased. FAO director-general José Graziano da Silva stressed that almost 60% of the people suffering from hunger in the world live in countries affected by conflict and climate change. He was speaking at the recent opening of the FAO's biennial conference.
The FAO currently identifies 19 countries in a protracted crisis situation, often also facing extreme climatic events such as droughts and floods. It has signalled high risk of famine in northeast Nigeria, Somalia, South Sudan and Yemen with 20-million people severely affected.

The livelihoods of these mostly rural people have been disrupted and "many of them have found no option other than increasing the statistics of distress migration", Graziano da Silva said.

"Strong political commitment to eradicate hunger is fundamental, but it is not enough," he said. "Hunger will only be defeated if countries translate their pledges into action, especially at national and local levels."

"Peace is of course the key to ending these crises, but we cannot wait for peace to take action," and FAO, the World Food Program and the International Fund for Agricultural Development are all working hard to assist vulnerable people, he said. "It is extremely important to ensure that these people have the conditions to continue producing their own food. Vulnerable rural people cannot be left behind, especially youth and women."

Some 1,100 participants will attend the FAO Conference from 3-8 July, including one head of state, one prime minister, 82 ministers and numerous representatives from international organisations, the private sector and civil society.

Broad support and need for action

He described the UN's Zero Hunger objective as a way to achieve peace, justice and equality and preserve the world for the future.

Gentiloni appealed to all of Europe to share Italy's burden of large-scale arrivals in his country, in order to be "faithful to its own history, principles and civilisation". But development efforts must go beyond responding to emergencies, he said.

"We cannot save people by putting them in camps," insisted Graizano da Silva. "To save lives, we have to save their livelihoods."

Pope Francis expressed strong support for FAO's agenda, emphasising the need for solidarity and recognition of human rights. "We are all conscious that the intention to assure all their daily bread is not enough - it is imperative that we recognise that everyone has the right to food," the pontiff said in remarks delivered by Cardinal Pietro Parolin, the Vatican's secretary of state.

Agriculture may account for only 4% or global gross domestic product but its real role is far greater and spans "extraordinary narratives" about people, land and their cultures, Steiner said in a lecture focused on the future agricultural economy in the wake of the Paris Agreement on climate change. Inadequate policy and budgetary attention to a sector currently affected by high levels of waste and the erosion of natural resources, reflects a "high-risk strategy", he said.
NextOptions
›
Email Print PDF
Don't miss BizTrends2022 - 7 keynote speakers forecast trends shaping business in our region! Register now! 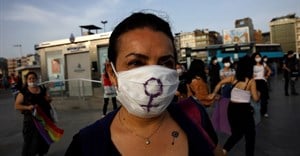 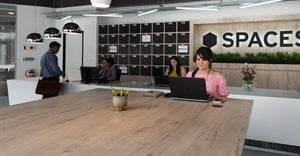 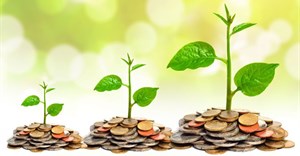