4 Jul 2022 | Email | Print |  PDF
By: Solomon Kganyago
The vulnerability of South Africa's primary road network to severe flooding and climate change-related incidents has been thrust into the public domain in recent months. The devastating floods in KwaZulu-Natal not only contributed to the unfortunate deaths of more than 450 people but also caused immeasurable damage to vital transport infrastructure.

This should raise concerns about the overall quality of the country’s road network and its ability to withstand future cataclysmic weather-related events – and such events are a certainty because of the climate crisis.

Bakwena manages and operates two vital stretches of the N1 and N4 roads stretching from Tshwane to Bela Bela, north towards Zimbabwe/Zambia and linking Gauteng westwards, through Rustenburg and Zeerust, to the Botswana border.

These are economic arteries that are key to the mining, agriculture, and tourism sectors in Southern Africa, given the fact that more than 75% of the country’s total freight tonnage is transported on roads.

A 2020 study conducted by the World Bank concluded that, “Africa’s development is highly dependent on an adequate, reliable road system.” Good quality road connections expand access to jobs, markets, healthcare, education, and government services. In predominantly rural provinces, such as Limpopo and the North West, a road is an essential lifeline that links isolated villages to economic opportunities.

Roads are particularly vulnerable to extreme climatic events such as heat waves and sudden increases in rainfall resulting in flooding. In recent years, we have seen a steady escalation in the frequency and magnitude of extreme weather-related disasters which can be accompanied by widespread damage to road infrastructure and transport assets.

There is, thus, a clear need to make the country’s road network more resilient to climate stress factors such as flooding and extreme temperatures. This can be primarily achieved through comprehensive maintenance to extend the lifespan of road networks which were built many decades ago, adapting to materials and construction methods that are in line with countries experiencing similar weather patterns.

If this is not done in a planned and proactive manner, the climate will continue to cause substantial disruptions to transport networks and lead to soaring costs for future repairs and rehabilitation of vital road arteries.

Most of the major stormwater and bridge infrastructure on the N1N4 network is designed and built to withstand 100-year flood conditions. When heavy rain does occur in the region, all the rivers that cross the Bakwena route are monitored closely.

There is a strong emphasis on routine and preventive maintenance of the 385km of road surface on the network, as well as the road verges, fencing and vegetation.

When it comes to the storm water infrastructure along the route, our teams conduct regular inspections to ensure that they are clean and capacity is optimal for all weather conditions. Inspections are also conducted on the road surface to check for cracks and subsidence of the road which can result in potholes. Defects are identified and repairs are made in terms of performance specifications, guided by the routine road maintenance, rehabilitation and upgrading strategies. If left unrepaired these defects could deteriorate and endanger the lives of road users or cause serious damage to vehicles.

Early and preventive action saves both money and lives in the long-run. If the road network is not adequately maintained, the costs will eventually accrue to the entire economy. However, regular maintenance and timeous upgrades of roads have a multiplying effect on downstream economic activities.

7th Regional Conference for Africa to focus on smart, safe and resilient roads

What is needed is a national approach to coordinate ongoing research of new materials and innovative construction methods which can mitigate the impact of adverse weather conditions on roads, and the CSIR can play a leading role in that regard, in collaboration with the Department of Transport. In addition, South Africa participates in international forums like PIARC (World Road Association) where climate resilient infrastructure and the impact of climate change on road infrastructure is discussed, and some of these measures can be implemented in South Africa.

According to PIARC, “Given the state of climate change, with its increasing apparent effects, winters have become uncertain, unpredictable and often exceptional, leading or forcing road facility operators to modify their practices over time. Beyond improving road-related practices, new policies and organisations need to be implemented so as to limit or avoid altogether the consequences of such episodes.” 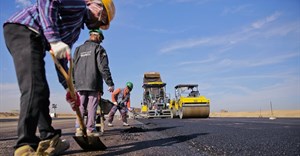 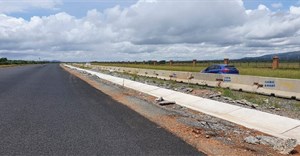 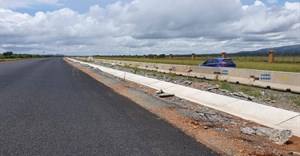 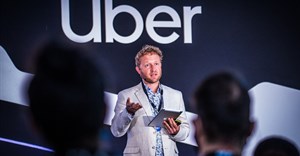 Reimagining the Uber experience in 2021 and beyond2 Feb 2021 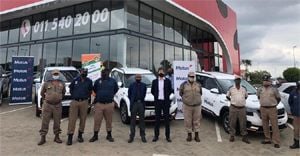