By: Sue Disler
Neri Oxman, architect, inventor, engineer, designer, scientist and founding director of the Mediated Matter Group at MIT Media Lab, who spoke on Day 3, thanked Design Indaba's founder, Ravi Nadoo for letting her be "suntanned by the Mother City's spirit." And after hearing her speak, we can only but thank him too for unleashing this ingenious and spirituous creature into our midst... albeit for only 30 minutes.
Oxman and her team think on a daily basis about what it means for today's designers to computationally grow forms – instead of bottling them up as preconceived shaven forms – and to connect the form generation process, both with the material properties that one is working with whether it's concrete or polymer etc. They also take into account the fabrication process; be it knitting, laser cutting, etc. And it’s this connection, between the material and technique that they care very much about, as its relevant “when you think about growing as opposed to assembling”.

“Nature doesn't assemble, nature grows and we're now at a point in time, and this is partly why the water crisis is here, there was a clash between the world of nature and the world of culture, the world of biology and technology, and the world of design and the role of nature. And how they connect is a very, very slow process because it’s a passionate one. So, with 300,000,000 tons of plastic being wasted annually, this is a good time to ask, can we create manmade objects that are natural, but also can we create natural objects are manmade?“

To put it simply, they continuously ask themselves how we shape the things around us, or the physical reality, to match nature. They then find ways to invent natural materials that will help us live on this planet well into the future – she calls this type of design Naturing - the verb, not the noun.

A good illustration of this is Mushtari – a wearable digestive system that was designed as a continuous channel that one wears to expose the body to the sun. This then initiates photosynthesis for energy or bio food, or whatever form of energy is needed.

In August 2015, she and her team released the first functional optically transparent glass printer. Now, what is special about this is that when printing glass you can control the interior and the exterior features of the form, which you cannot do through normal means of blowing, pressing or forming. And with printing, depending on the distance between your end creation and the size of the printer, you start getting those, wobbly meandering patterns, “like when you have honey and toast in the mornings.”

This project created a path to a next generation and more functional printer that can process more than 30 kg of glass. So, what started as a little experiment, a piece of glass on the floor, ended with enabling a new technology that can print glass on an architectural scale! They demonstrated this at Milan Design Week debuting at the Milan Triennale in April 2017, where they printed and installed 3 x 3m columns, made of 15 components, inspired by Gaudi’s Sagrada Familia. The idea being, the surface area of the lobes would increase as a function of a mechanical structural load on the column so they would have more load on the bottom. It's a kind of morphing continuity of curvature that allows one to control the light that is reflected and refracted inside the columns – it is called caustics. This process has allowed them to create pockets and channels inside the glass. The glass can contain liquids and potentially biological heat inside, which means we can potentially harness solar energy.

“This is a big deal when you think about the fact that we have 450,000,000,000 square feet of glass per annum in building facades. That's a very, very big number. If we could take that number and shift it to harness solar energy through glass…”

Another work she showed was that of a 3-part series called Vespers that comprises of 15 death masks designed as life masks which are devised to contain a single breath, and to take you from the physical world to the digital world to the biological world. It’s a kind of mediation between the past, the present and the future. And then the future goes back to the past, it's the cycle of life.

Traditionally made of wax or plaster, the death mask was a means of keeping the dead “alive” through memory. These death masks were designed to reveal cultural heritage and speculate about the perpetuation of life, both cultural and biological.

In the first series – Past, utilises five material combinations to emulate colours commonly found in cultural artefacts across regions and eras. Present, the second series, they generate the same five objects, but the patterns are inside and so they propose or suggest the generation or the emergence of pockets or channels that can contain life. Rebirth is embodied in Future, the final part of the series, where digital becomes biological by engaging with synthetic biology to explore whether the death mask can drive the formation of new life, repositioning the objects as habitats capable of interfacing with living microorganisms. Devoid of cultural expressions and nearly colourless, the final five masks ‘re-engineer’ life by guiding living microorganisms through minute spatial features of the artefacts.


Crazy and/or inspired – the fact remains that Oxman’s work has resulted in over 100 scientific papers and patents – and her innovations have received recognition at the World Economic Forum where she is part of the Expert Network, and the White House – we cannot wait to see what’s next!

PS, Should you be in Melbourne, Australia before the 15 April 2018, you can catch the full series of Vespers at The National Gallery of Victoria. Other work can be seen in permanent collections at MoMA, SFMOMA, Centre Pompidou, MFA, The Smithsonian Institution, and more.
NextOptions
›
Email Print PDF
Follow

Sue Disler has more than 25 years of experience in the advertising and marketing as a designer (and sometimes coder), art director and strategist, the last 20 largely dedicated to digital. Email her at moc.liamg@zideus, follow @suediz on Twitter or find out more on Linkedin.
Read more: Sue Disler, MFA, MIT Media Lab, Neri Oxman, Milan Design Week 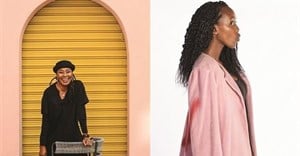