“But when we talk about excise certainty it's about government agreeing that over the next three to five years, excise rates will increase in line with inflation. What we've seen over the last five or six years is that one year it's double the rate of inflation, and another year it's slightly above inflation. For a tax that represents 40% of the total selling value of the product, to have these huge swings in the amount of tax you pay makes it very difficult to plan for the long term,” said Rivett-Carnac.

He was speaking at this week’s State of the Beer Economy media event hosted by SAB and the Beer Association of South Africa (Basa) in Cape Town.

SAB is currently investing R920m into its Prospecton and Ibhayi breweries in Durban and Eastern Cape respectively as the company aims to grow production capacity. R650m of the investment total is going to the Prospecton facility, and this alone is expected to provide R3.1bn additional tax revenue and generate 24,000 jobs through the full value chain.

SAB to invest an additional R920m into local breweries

But Rivett-Carnac believes SAB can play a much larger role in accelerating the country’s economic recovery, if the government can provide assurances around excise hikes.

This year’s 5.5% tax sin tax increase for beer came as a relief for the sector following the 8% hike in 2021, as the alcohol industry worked to build back from the pandemic and several bans on sales.

Rivett-Carnac noted that excise taxes are a significant cost for beer manufacturers, and having the knowledge that they would grow more or less in line with inflation would allow companies to plan their capital expenditure, particularly as it relates to manufacturing capacity. “Government agreeing to link it to inflation... if that happens it would allow us to make very long-term investment decisions - building new breweries, building new malting plants…”

He added, “If we are investing and building breweries, it increases the amount of beer we can sell, and with that comes an increased tax taking for the government. But in an uncertain policy environment, we may not make that decision to build more capacity in which case we can't sell more beer, which means tax revenue would decrease.”

The State of the Beer Economy event was hosted to highlight the contribution of the local beer sector to the South African economy, as detailed in a recently released Oxford Economics 2022 report titled 'The Economic Impact of the Beer Sector in South Africa'.

According to the report, commissioned by SAB, South Africa’s beer value chain (including upstream and downstream activities) supported R71bn in gross value-added contribution to the country's GDP in 2019, which included R43bn in tax payments to the government.

Beer manufacturers and retailers also contributed around 248,000 jobs to the local economy in 2019. At the time of data collation, this represented 1.5% of all jobs or one in every 66 jobs in the country. In Port Elizabeth alone, beer accounted for 67% of total employment.

The tax payments directly stimulated by the South African beer sector totaled R43 billion - of this, R26 billion is estimated to have come from value-added tax and excise duties from beer sales.​ #TaxForGrowth​ #StateOfTheBeerEconomy pic.twitter.com/2kaPg1XH8O

Noted in the report and highlighted during the State of the Beer Economy event was the far-reaching direct and indirect impact of procurement within the sector.

The report estimated that, in 2019 alone, South Africa’s four major brewing companies collectively bought R33bn worth of goods and services from South African companies through their supply chains. Procurement alone was estimated to have supported over 107,000 jobs and generated R6.6bn in tax revenue.

From a retailer perspective, more than 42,000 jobs were supported, meaning that for every job at a South African brewer, six jobs were directly created in the downstream value chain.

Expanding on some of the report statistics, Basa chief executive officer, Patricia Pillay explained during the event that since beer production, distribution and sales are labour-intensive operations, companies within the beer value chain are in an ideal position to provide jobs to the unemployed and help to alleviate SA’s youth unemployment crisis.

Pillay also echoed Rivett-Carnac’s call for assurances from the government. She called for “a seat at the table” when decisions are made that impact the beer sector.

.@BeerSA_org CEO notes the labour-intensive nature of beer sector and its ability employ young job seekers and ease unemployment. She calls for a "seat at the table" when govt makes decisions that impact the sector. #StateOfTheBeerEconomy https://t.co/OZvut9q8ky

The Covid-19 pandemic and the related alcohol bans resulted in 30% of the country’s craft beer brewers shutting down. Pillay noted that producers battled as they received no financial relief or concessions when it came to excise taxes or licence fees, and credit from banks was not extended to alcohol producers.

Basa has also been lobbying for changes to the excise tax regime, stating that beer is unfairly taxed given its lower alcohol content when measured against other alcohol types. The association has argued that there’s inconsistent application of the alcohol by volume (ABV) excise duty rate and inconsistent excise-duty payment terms.

Basa has therefore put forward two proposals. Firstly, that beer and other alcoholic goods that have lower ABV levels are taxed proportionally lower than products with higher ABV. And secondly, that the excise duties period of 30/60 days on all goods under the excisable alcohol products be applied uniformly.

Martin Kingston, chairperson of Business for South Africa (B4SA) was present during the panel discussion alongside Rivett-Carnac, and added his voice to the call for predictable, reliable policy and input so that the country's private sector can be competitive locally and internationally. "The private sector will only invest long term if there is a predictable environment," Kingston said. 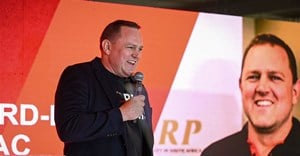 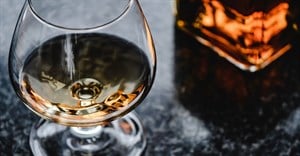 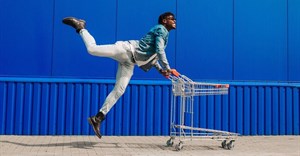