Mutharika to arrest journos who 'insult' him

By: Gregory Gondwe: @Kalipochi
Malawian president, Bingu wa Mutharika has through his state house press officer Albert Mungomo, issued a warning to the media and non-governmental organisations that they risk being arrested for continuously insulting and vilifying his governance style.
Mutharika accused certain editors and reporters that are offered money by opposition political party leaders, donors and even civil society organisation leaders to deliberately distort information, insult him to cause panic in this country.

"The state house has yet again noted with grave concern the continuing habit by some civil society organisations and sadly too, media houses to insult the head of state, His Excellency Ngwazi Professor Bingu wa Mutharika," says the statement, issued on 8 March 2012 signed by Mungomo.

The Malawi chapter of the Media Institute of Southern Africa (MISA-Malawi) says it has been disturbed by the statement.

"We are greatly shocked that the highest office of the land could issue such threats to the media as contained in the statement," said Anthony Kasunda, MISA-Malawi chairperson.

He contended that the issues raised in the statement do not in any way warrant such a strong warning of arrest.

"The media, as far as MISA is concerned is doing a commendable job, otherwise government or indeed the state house should have lodged a complaint with us or indeed the Media Council of Malawi," he challenged.

"We are disturbed and at the moment doing consultations to see how best to respond to the statement," said Kasunda.

Media practitioners not to feel threatened

He said MISA-Malawi would like to appeal to media practitioners and media houses in the country not to feel intimidated by the threats.

"As long as the media remains professional, we shall always exercise and enjoy the freedom of expression and media freedom as stipulated in the supreme law of the land, the constitution," he said

Mungomo claims in the statement that deliberate attempts have been made to distort statements and actions by Mutharika with the intention to misinform the nation, thereby stirring unnecessary panic among Malawians and bring anarchy to the country.

"Some print and electronic media houses have found solace in misinforming their audiences on actions and statements by the state president," says Mungomo.

Mungomo says the state house has further observed that certain newspapers refer to the president as the 'big kahuna' or 'moya'.

Protected by the law of the land

"This is demeaning our own head of state and no sensible and sound journalist would propagate such reportage. This MUST stop forthwith," warns the statement, before citing pieces of legislation earmarked to be used to arrest such 'journalists'.

"The laws of Malawi provide for the total respect and protection of the head of state. Section 3 (2) of the protected Flag, Emblems and Names clearly states that: Any person who does any act or utters any words or publishes any writing calculated to or liable to insult or to show disrespect to or with respect to or with reference to the President...shall be liable to a fine of 1000 pounds and to imprisonment for two (2) years."

Mungomo says Mutharika is therefore protected by that law and that he believes that such insults are a violation of the law that protects him.

The state house has also cited publications which it targets for their misdoing.

It says most recently, the state house noted with dismay and concern a lead story on the front of The Nation newspaper of 2 March 2012, captioned 'Bingu's Sneaky Fuel Strategy'.

It says the article did not only carry misleading information about facts on the ground, but went a mile further with a cartoon that mentioned the name Mutharika to illustrate a point.

"We all know that 'Mutharika' is the current head of state and to portray him through such a demeaning cartoon is deliberate provocation and stretching the state president beyond any acceptable limits," says Mungomo.

He further said stories and headlines like 'Bingu gets grilled', 'Government barks at nothing', 'An arrogant Bingu', are nothing but sensational and irresponsible writing that is only designed to provoke certain quarters of the society.

The president has also faulted some social networks which he says carry articles and comments that openly insult and ridicule him.

"The state house monitors carefully such networks that are hostile and probably careless in demeaning the state president," says the statement before issuing its warning: "The state house wishes therefore to make it blatantly clear that it will not standby and condone this impudence."

The state house also faults some radio stations whose phones in programmes are designed to offer a platform for callers to castigate or insult Mutharika.

"Anchors of such programmes have often found fun as the head of state is being ridiculed in public. This too is unacceptable and the state house is not amused at all," says Mungomo.

The statement also goes back to the 20 July 2011 demonstrations that turned ugly and left several innocent people dead and huge property lost through burning and looting were even aggravated by some media houses who intentionally sensationalised their reporting.

"The intention is to create an impression that Malawi is a failed state on governance issues and that the purported situation is worrying Malawians and donors," it says.

Mungomo then goes on to declare that Mutharika cannot be rated to have poorly governed this country as there is no evidence and basis.

"It is a pity that some civil society organisations and media houses find demeaning, insulting and accusing the state president as a scoop to merit themselves. It should be obvious that such insults, accusations, derogatory statements and ill comments about our head of state are but a shame in the eyes of the international community," says Mungomo.

He then says that the state house is asking civil society organisations and media houses to stop demeaning the state president and using falsehood as a means of advancing personal agendas.

"Peddling of falsehood and insulting His Excellency the state president is not the kind of behavior expected of leaders, media houses that pose to be knowledgeable and responsible enough to be at the helm of institutions that are expected to be reputable," he says.

Mungomo says the state house finally wishes to warn in the strongest terms civil society organisations and media houses to stop equating themselves with Mutharika and/or insulting him.

"His Excellency the state president deserves respect and protection as provided for in the laws of Malawi," he says.
NextOptions
›
Email Print PDF
Follow

Gregory Gondwe is a Malawian journalist who started writing in 1993. He is also a media consultant assisting several international journalists pursuing assignments in Malawi. He holds a Diploma and an Intermediate Certificate in Journalism among other media-related certificates. He can be contacted on moc.liamg@ewdnogyrogerg. Follow him on Twitter at @Kalipochi.
Read more: Media Council of Malawi, Bingu wa Mutharika, MISA-Malawi, Albert Mungomo, Anthony Kasunda, government vs media 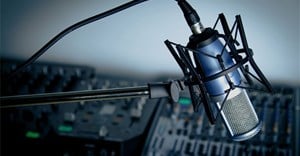 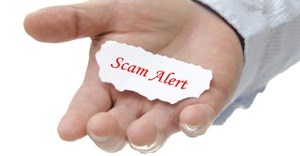