By: Danette Breitenbach
UNICEF studies have found that short-term hunger affects a child's ability to learn. By investing in a child's nutrition you not only feed that child, but in the longer term benefit the country's economy. A glass of milk provides high quality protein and micronutrients in an easily absorbed form.
Milk for Change, a campaign to encourage consumers to donate milk to hungry underprivileged children, launched to stakeholders and the media in Bryanston on Wednesday, 20 April.

The brainchild of food processing and packaging solutions company Tetra Pak, in partnership with Food SA, the campaign will from the 26 May and conclude on 1 June, which is World Milk Day, when the milk will be distributed.

A similar campaign of Tetra Pak in Central America raised over half a million cartons of milk. “With 14% of children in South Africa going to school hungry this campaign looks to increase their intake of milk. Without the right nutrition children cannot focus properly and the nutritional characteristics of milk are fantastic,” says John Strömblad, MD of Tetra Pak South Africa.

Also contributing to the campaign is Clover, Parmalat and Woodlands, each of whom have donated milk. In total their contributions, together with Tetra Pak, which has donated 10,000 litres of long life milk, come to 33,000 litres.

The campaign will engage consumers through digital media activities to make people aware of the nutritional benefits of milk. Most South Africans' intake of milk is well below the recommended amount. “While milk has a 90% penetration in South Africa, when you examine this penetration across LSMs it is clear that there are discrepancies between LSM 1 – 4 and the higher LSMs. The lower LSMs consumption is around 20 litres per household per year, while the higher LSMs' consumption is much higher at 100 litres per household per year,” explains Gisele Gurgel, marketing director of Tetra Pak South Africa.

Call to action to consumers

There will be a call to action to consumers to donate a carton of long life milk at participating retailers, which include retailers in Gauteng, the Western Cape and KwaZulu-Natal. “Consumers will be able to write a message on the milk carton on a provided sticker and the receiver will be able to send an SMS (for free) via the website to thank the donor,” she adds.

The campaign will also educate consumers on the nutritional benefits of milk as well as the long life milk process. “To increase the consumption of milk we need to educate people on the milk, but also explain the treatment of long life milk and its packaging,” says Gurgel.

While long life milk is the same milk by a different process, the packaging locks in the freshness for a period of time. “This technology makes milk available to all as it can be transported for longer and kept for longer. Given that many families in South Africa do not have access to the infrastructure to store such foods, long life milk is ideal,” she adds.

Feed SA’s executive directors, Genevieve Nathan and Romi Levenstein explain that Feed SA feeds 6000 children a day, and assist with crèche infrastructure and teacher training. “Nutrition is an important part of a child's life and it is our aim to feed them two meals a day. The milk we have been donated so far will last us one month.”
NextOptions
›
Email Print PDF
Follow

Danette Breitenbach is a marketing & media editor at Bizcommunity.com. Previously she freelanced in the marketing and media sector, including for Bizcommunity. She was editor and publisher of AdVantage, the publication that served the marketing, media and advertising industry in southern Africa. She has worked extensively in print media, mainly B2B. She has a Masters in Financial Journalism from Wits. 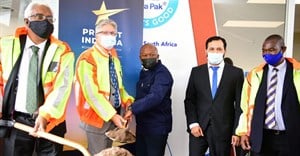 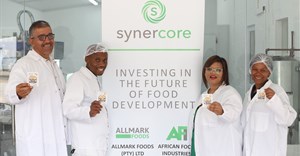 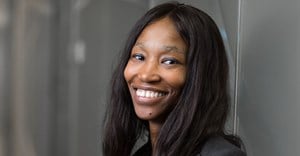 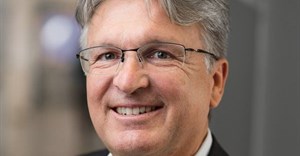