27 Mar 2018 | Email | Print |  PDF
According to four landmark reports released last week at the sixth session of the Plenary of the Intergovernmental Science-Policy Platform on Biodiversity and Ecosystem Services (#IPBES6), biodiversity continues to decline in every region of the world, significantly reducing nature's capacity to contribute to people's well-being.
The reports, a result of three years of work, entail four regional assessments of biodiversity and ecosystem services covering the Americas, Asia and the Pacific, Africa, as well as Europe and Central Asia - the entire planet except the poles and the open oceans.

"Biodiversity and nature's contributions to people sound, to many people, academic and far removed from our daily lives," said the chair of IPBES, Sir Robert Watson. "Nothing could be further from the truth - they are the bedrock of our food, clean water and energy. They are at the heart not only of our survival, but of our cultures, identities and enjoyment of life.

"The best available evidence, gathered by the world's leading experts, points us now to a single conclusion: we must act to halt and reverse the unsustainable use of nature - or risk not only the future we want, but even the lives we currently lead. Fortunately, the evidence also shows that we know how to protect and partially restore our vital natural assets."

The extensively peer-reviewed IPBES assessment reports focus on providing answers to key questions for each of the four regions, including: why is biodiversity important, where are we making progress, what are the main threats and opportunities for biodiversity and how can we adjust our policies and institutions for a more sustainable future?

In every region, with the exception of a number of positive examples where lessons can be learned, biodiversity and nature's capacity to contribute to people are being degraded, reduced and lost due to a number of common pressures - habitat stress; overexploitation and unsustainable use of natural resources; air, land and water pollution; increasing numbers and impact of invasive alien species and climate change, among others.

Declining biodiversity, now and in the future - Africa

"Africa's immense natural resources and its diverse cultural heritage are among its most important strategic assets for both human development and well-being," said South Africa's Dr Emma Archer, co-chair of the African assessment with Dr Kalemani Jo Mulongoy (DRC) and Dr Luthando Dziba (South Africa). "Africa is the last place on Earth with a wide range of large mammals, yet today there are more African plants, fish, amphibians, reptiles, birds and large mammals threatened than ever before by a range of both human-induced and natural causes."

"Africa is extremely vulnerable to the impacts of climate change and this is going to have severe consequences for economically marginalised populations. By 2100, climate change could also result in the loss of more than half of African bird and mammal species, a 20-30% decline in the productivity of Africa's lakes and significant loss of African plant species."

The report adds that approximately 500,000km2 of African land is already estimated to have been degraded by overexploitation of natural resources, erosion, salinisation and pollution, resulting in significant loss of nature's contributions to people. Even greater pressure will be placed on the continent's biodiversity as the current African population of 1.25-billion people is set to double to 2.5-billion by 2050.

Marine and coastal environments make significant economic, social and cultural contributions to the people of Africa. Damage to coral reef systems, mostly due to pollution and climate change, has far-reaching implications for fisheries, food security, tourism and overall marine biodiversity.

"One of the most important findings across the four IPBES regional assessments is that failure to prioritise policies and actions to stop and reverse biodiversity loss, and the continued degradation of nature's contributions to people, seriously jeopardises the chances of any region, and almost every country, meeting their global development targets," said Dr Anne Larigauderie, the executive secretary of IPBES.

"Achievement of the UN's Sustainable Development Goals (SDGs), the Strategic Plan for Biodiversity 2011-2020 and its Aichi Biodiversity Targets, and the Paris Agreement on climate change, all depend on the health and vitality of our natural environment in all its diversity and complexity. Acting to protect and promote biodiversity is at least as important to achieving these commitments and to human wellbeing as is the fight against global climate change."

"Richer, more diverse ecosystems are better able to cope with disturbances - such as extreme events and the emergence of diseases. They are our 'insurance policy' against unforeseen disasters and, used sustainably, they also offer many of the best solutions to our most pressing challenges."

All the plausible future scenarios explored in the Africa assessment highlight that the drivers of biodiversity loss will increase, with associated negative impacts on nature's contributions to people and human well-being. Achieving the African Union's Agenda 2063, the SDGs and the Aichi Targets is unlikely in three out of five scenarios explored.

Accompanying the stark concerns of the IPBES experts, however, are messages of hope: promising policy options do exist and have been found to work in protecting and restoring biodiversity and nature's contributions to people, where they have been effectively applied.

Measures taken by African governments to protect biodiversity and nature's contributions to people, have contributed to some recovery of threatened species, especially in key biodiversity areas, and these efforts could be enhanced. Such measures include the establishment and effective management of protected areas and networks of wildlife corridors; restoration of degraded ecosystems; control of invasive alien species and reintroduction of wild animals. Despite the African Union's priorities of poverty alleviation, inclusive growth and sustainable development, especially in the context of global climate change, the report finds that the continent is greatly undervaluing its natural resources.

In addition to enhancing biodiversity conservation through appropriate governance, policies and national implementation, the authors emphasise the need for better integration of indigenous and local knowledge and greater use of scenarios in African decision-making. Of the five possible scenarios they explore, two (regional sustainability and local sustainability) are identified as the most likely paths to meet Africa's economic, social and environmental development aspirations, but the authors point to the need for capacity building on the use of scenarios in decision-making.

Speaking about the policy options emerging from the four regional assessments, Watson said: "Although there are no 'silver bullets' or 'one-size-fits all' answers, the best options in all four regional assessments are found in better governance, integrating biodiversity concerns into sectoral policies and practices (e.g. agriculture and energy), the application of scientific knowledge and technology, increased awareness and behavioural changes."

"It is also clear that indigenous and local knowledge can be an invaluable asset, and biodiversity issues need to receive much higher priority in policy making and development planning at every level. Cross-border collaboration is also essential, given that biodiversity challenges recognize no national boundaries."
NextOptions
›
Email Print PDF
Don't miss BizTrends2022 - 7 keynote speakers forecast trends shaping business in our region! Register now! 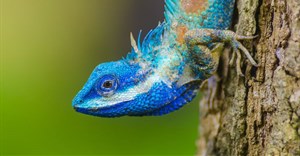 Nature: how do you put a price on something that has infinite worth?8 Feb 2021 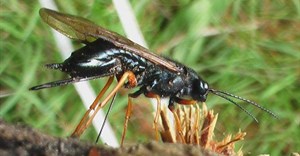