Catch him if you can

By: Eugene Yiga
Stuart Lightbody was once taught that our lives are not measured by the number of breaths we take, but by the moments that take our breath away. Now, fresh from performances at the Amsterdam Fringe Festival, the award-winning illusionist (and lecturer at The College of Magic) is creating moments of wonder in his new show. 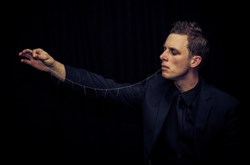 The gap between reality and imagination

"Illusive contains some of my favourite pieces of pure, sleight-of-hand artistry and, in doing so, portrays a magician as someone who plays in the gap between reality and imagination," Lightbody said. "The fact that magic is not real makes it nonetheless beautiful and all the more fascinating."

So many grown-ups in the audience, well aware that what they were watching wasn't "real", were still mesmerised by Lightbody's remarkable skill. It seems that Roald Dahl was right: "And above all, watch with glittering eyes the whole world around you because the greatest secrets are always hidden in the most unlikely places. Those who don't believe in magic will never find it."

Illusive (PG-13) is at Cape Town's Kalk Bay Theatre until 6 October. Tickets are available from www.kbt.co.za. For more information, go to www.stuartlightbody.co.za. 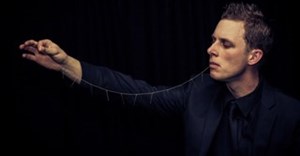 The allusive allure of illusion26 Sep 2013 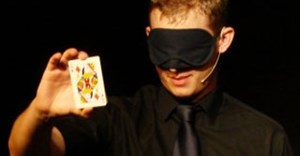