Why translation is only step one for success in international markets

By: Ian Henderson
KFC succeeds in China, where Home Depot, Mattel and eBay could not, by localising the brand itself and not just its collateral.

KFC has been in China since 1987 and is opening new stores at a rate of almost one a day but there are many things in a Chinese store that you will not see in a US store.

A KFC in China is about twice as large as a store in America. There are also hostesses to greet you, and menus with more than fifty items on them - about twenty more than in the US. Depending on where you go, the food will taste different, because it will be spiced according to regional tastes. If you go in the morning, you are going to be able to order a rice porridge or congee, the top-selling item across the stores in China.

Why is the experience so radically different in the Chinese stores? Because Yum! Food brand, the multinational parent company of KFC, knows that success in another market means more than just translating the menu and serving the same experience and products in a new market. Instead, the brand has emphasised adaptability, innovation and localisation.

Other businesses have not been as strategic and have failed as a result. Adapting is more than just the language.

On some level, companies know that localisation is crucial to succeeding in new markets. The most fundamental part of launching into a new market is translation. Product packaging, technical documentation, marketing collateral and digital properties should be translated into the country's local language to engage customers better.

However, the globalised economy has made competition far fiercer than before. Customers can research different solutions with the click of a mouse - or even the tap of a finger - to retrieve a list of every potential product, service or company that could interest them.

By default, the Internet has made every brand multinational. Many companies rely on translated websites to connect with consumers, but those only go so far when competitors are coming from all around the world.

Like KFC, brands need to focus not on just adapting collateral to the new market - they have to adapt the brand itself.

One size (brand) does not fit all

China is a prime example of a country where companies desperately want to succeed, but often only try to do so by translating copy instead of localising the customer experience. It is the fastest-growing market, with a lot of potential for success, but there is also a lot of room for failure.

Home Depot launched into China with high hopes. The country's real estate market is exploding, but Home Depot ignored its cultural divide. In China, labour is far cheaper and do-it-yourself projects are far less popular than do-it-for-me. In the crowded cities, there is less of an emphasis on home improvement than purchasing and selling properties. In effect, Home Depot dove into a new market without researching whether the current product offerings and branding was a good fit.

This brittle approach to branding turned out to be fatal. Home Depot entered the market in 2006 and left by 2012.

Mattel suffered a similar fate when the company spent $30 million on a six-story 'House of Barbie' retail outlet in Shanghai. There was only one problem: 'Barbie' is not a brand in China; it is a doll. Rather than experimenting with how to build the brand slowly, by following localised trends, Mattel put too much into the campaign, too fast, without enough emphasis on the country's consumer habits. As a result, that $30 million investment went to waste, and the company pulled out of China.

There is also eBay, which opened an online portal in China in 2004. Two years later, the company left the market. In this case, it had to do with cultural nuances in the Chinese business world. The Global Post explains that eBay did not provide users with a sense of 'guanxi,' a social connection between business deals that helps build relationships. A native competitor provided an instant messaging service and, consequently, now owns around 95% of the online auction space in the country.

It is impossible to know what strategy works best when entering a new country. However, these examples show us that, even if brands are the dominant forces in other markets, each new country has to be approached in a unique way. Companies should conduct thorough research into the local industry and region and then plan product development, branding and other localisation efforts accordingly. 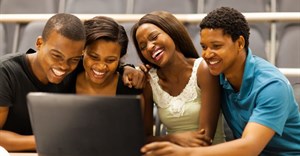 Woop woop! UCT celebrates translation of app into isiXhosa for students22 May 2020