4 Nov 2011 | Email | Print |  PDF
BERLIN, GERMANY: According to scidev.net, Olive Shisana, CEO of the South African Human Sciences Research Council, said at the World Health Summit in Berlin, Germany that infectious diseases, such as tuberculosis and HIV/AIDS, are expected to decline while non-communicable diseases, including cardiovascular disease, cancer and diabetes, will increase in Africa over the coming decades.

According to the scidev.net report, Shisana said African health scientists need more funding and support to overcome barriers and deal with a changing health situation on the continent, and she is also reported to have said that the continent's investment in infrastructure is inadequate, especially at a time when Africa is going through an epidemiological transition. 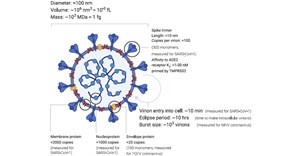