In Gemalto SA v CEPPWAWU obo Louw and others, the Labour Appeal Court had to determine whether Gemalto SA (the employer) was entitled to dismiss summarily 23 of its employees who refused to undergo a polygraph test, despite having provisions in their contracts obliging them to do so on notice by the employer.

The employer's business deals with highly sensitive information and as a result, it operates in a high security environment. The employer received a complaint from one of its major customers that some of the customer's data had been unlawfully removed from the employer's premises and resulted in major financial losses for the customer. The employer took the decision to investigate the complaint and requested all employees who had access to sensitive data to undergo polygraph tests. One hundred and eighty-nine employees, with the support of their union, signed a petition objecting to the tests and refused to participate.

The employer charged 23 of the signatories with gross insubordination and, following a disciplinary enquiry, they were summarily dismissed. The dismissed employees referred an unfair dismissal dispute to the CCMA where the commissioner ruled that the dismissals were substantively unfair and the employees were awarded compensation. The employer's application for review before the Labour Court was dismissed.

The Labour Appeal Court (LAC) held that although the 23 employees' failure to submit themselves to a polygraph test was per se an act of insubordination, the real question to be answered was whether their dismissal in the circumstances was substantively fair. The appellant argued that the reason why it only dismissed the 23 of the employees was that the employer could prove that those employees were contractually bound to undergo a polygraph test. The remaining employees were also obliged to do so but the annexures to their contracts, which contained this obligation, could not be found.

The LAC reasoned that had employer not been able to find the dismissed employees' annexures to their contracts, they too would not have been dismissed. The court held that the differentiation between the 23 employees and the 166 employees was unfair. The court held that "once a blanket approach was not possible, to mechanically test the few who were vulnerable to discipline is an unfair invocation of the employer's rights."

The appeal was therefore dismissed.

Importance of this case

It is not sufficient for an employer to rely on a contractual provision obliging an employee to submit to a polygraph for that employer to take action against the employee who refuses to do so. The circumstances of the enforcement of the contractual obligation must also be fair. In this regard, the employer must take disciplinary action against employees in a manner, which is fair and consistent. To refuse to participate in a polygraph test where one is contractually obligated to do so may give rise to a claim for insubordination. However, the employer must apply disciplinary measures consistently to all employees who refuse to comply. 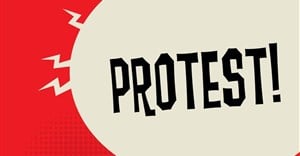