he will now represent South Africa at the 46th International WorldSkills Competition which will be held from 12 to 17 October 2022 in Shanghai, China.

Tshiamo and fellow student Sakhile Ncobo represented the NWU at the national competition, were they competed with two nursing students from Prince Mshiyeni Memorial Campus of the KZN Nursing College. The four students were tested on their knowledge and grasp of their respective talents in simulated hospital and clinic scenarios.

As the national winner, Tshiamo will receive a post-qualification bursary for further development as nursing educator or lecturer. She says she feel honoured, blessed and very grateful for making it this far in the competition.

“It was never by my own might, but God’s grace that led and guided me through it all. It was a tough and challenging rollercoaster, but thanks to my lecturers Boitumelo Molato, Tabea Motsilanyane and Banabotlhe Baakeleng, I made it,” says Tshiamo. “I am also very thankful for this great opportunity from the Health and Welfare Sector Education and Training Authority (HWSETA),” she adds.

Dr Molekodi Matsipane, director of the School of Nursing, says there are very proud of Tshiamo and Sakhile’s achievement. “Both students performed well at the national competition. Tshiamo’s outstanding performance is evidence of the quality education and training that is provided by the School of Nursing. “We are also grateful to staff members Baakeleng Grace, Motsilanyane Tabea and Molato Boitumelo who helped prepare Tshiamo and Sakhile for the competition,” adds Matsipane.

The 46th WorldSkills International Competition hosted in Shanghai, China later this year will feature over 1,600 competitors from more than 60 countries and regions, competing in over 63 skills. WorldSkills competitions create a global platform to develop and help young people who want to change the lives and the fortunes of their communities and societies. 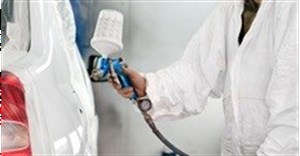