How tender mafias, unethical practices are threatening the construction industry

18 Oct 2022 | Email | Print |   PDF
Already under pressure due to tough industry conditions, construction firms are facing the continued threat of 'tender mafias' and ongoing unethical practices. This emerged during a recent workshop hosted by the Master Builders Association (MBA) North. Payment and contract irregularities, rogue professionals and developers, and practices that force contractors to use litigation to receive payment are among the challenges facing contractors and subcontractors whose incomes are already constrained.

Brad Boertje, a construction risk management consultant and ADR practitioner for the MBA North, noted: “Most businesses are running at single figure margins – if they are lucky. The margins are thinner than they’ve ever been and we have to be on top of our game now.”

Describing construction as a "cutthroat environment", MBA North executive director Mohau Mphomela said: “Contractors tell us ‘when trouble comes from the top, we press it down. It’s a free market, and if subcontractors don’t like the way we work, we will do business overseas’. Meanwhile, subcontractors don’t rock the boat for fear of losing future work.”

One bone of contention is the Joint Building Contracts Committee (JBCC) Principal Building Agreement contract commonly used for agreements between employers and contractors, which is intended to establish best practice and equitably distribute contractual risk. Subcontractors report that they are pressured into accepting amendments that put their businesses at risk.

“There are certain risks in any project that you just cannot foresee, so some risks are never provided for in a standard JBCC contract. For example, the outbreak of the Covid-19 pandemic, which was clarified as a force majeure event, or the impact of tender mafias,” he said.

Davis explained that the so-called tender mafias force contractors to share profits and appoint their workforces to projects in order for the project to continue. “This makes it very difficult for contractors and property developers and employers to manage those risks,” he said.

“From an insurance point of view, there have been situations where contractors and employers joined forces with the tender mafia – they paid the extortion bills and appointed the people, yet then the mafia wanted more and would still cause damage or lockouts. You’d think this is a Sasria risk, which covers riots, but in fact, it amounts to fraudulent activities. The moment there has been fraudulent activity, the insurers walk away from any claims that might arise,” said Davis.

Getting an interdict to keep these groups off a site is an expensive and adversarial approach, but this has been successful in the past for some. Some contractors have, however, reported problems getting Saps to enforce court interdicts and orders. The problem also arrives when a new group arrives that hasn’t been previously interdicted.

Davis said one solution contractors might consider is deeming this to be a force majeure type of risk – an exceptional set of circumstances that could not have been reasonably foreseen, is beyond the control of the parties and could not reasonably have been avoided or overcome.

“As a mechanism to manage that risk when it happens, it buys you time to try and settle this by bringing in the authorities to stop the tender mafia from taking over the contract risk,” he said.

An MBA North member noted that contractors and subcontractors should resist tender mafia extortion. “You should refrain from paying the money, no matter what. You pay one group, and the next day another group will claim you’ve paid the ‘bad guys’, saying they are the ‘good guys’ who should be paid to look after the project. If you pay it, you will never stop paying,” he said.

They also outlined incidents in which the completion date was reached, then a client would add extra work to the project scope or refuse to issue a practical completion certificate. They then delay payment or issue a negative certificate, resulting in a dispute.

Said Boertje: “Many people are not clear on what certificates are. A certificate – or advice statement – certifies money due from one person to another. In construction, it is issued by a principal agent. It’s like a cheque – it creates a payment obligation, and it cannot be reversed or amended.

"If a certificate is not paid, you can take legal action to get it paid. But it only certifies an amount of money payable – think of it as an instalment on the final amount payable. There is no such thing as a negative certificate – what it means is that the principal agent has certified that the contractor must pay the employer. So it’s still a certificate.

"Contractors and sub-contractors should never find themselves in a position where they are issued a certificate in favour of the other party. Interventions which can reduce this eventuality are the early re-measurement of your works and staying on top of contract instructions and variation orders. Performing in accordance with your obligations is mandatory.”

Davis warned against contractors and subcontractors doing business on the strength of a handshake. “This is planning to fail. Too often disputes and insurance claims arise because of a lack of an agreement in place,” he said.

He noted that insurance cover and risk needed to be clearly outlined in a contract. “In the contract, there are certain conditions, for example when you are doing an alterations or additions type of contract, the contractor should not be taking out the insurance – the employer should,” Davis said.
“There is a good reason for that – for example, if a contractor is doing alterations and additions to a shopping mall, and the mall should burn down as a result of the works, who will pay to rebuild the mall? Few – if any – contractors have the resources to rebuild the mall. If you do not have a contract in place, you are exposed in common law, and there is no limitation of liability.”

He also noted that insurance policies don’t pay for all risks. “Even though it is called contractors’ all risk insurance, there are exceptions and conditions. Your duty to avoid damage is firmly established in law, and in your insurance contract. So, if you don’t have fencing or security and everything is stolen from the site, insurance will not pay for it. Likewise, pilferage is unlikely to be covered – you need to identify a specific incident on a specific day when the theft occurred for the insurance claim,” Davis said.

He added that insurers are now asking for hot works permits before they will honour a claim that was the result of welding work or other flame- or spark-producing operations. The main contractor, in conjunction with the employer’s representative, must manage this hot work risk assessment and permit system.

Mphomela noted that MBA North offers a subcontractor committee and forums as platforms for a united front. “It takes a click of a finger to wipe out the legacy of a business. It takes one inconsiderate person, for their own selfish interests, to wipe out the legacy of a family business built over decades. It can happen to anyone. You need help. As an association, we have people like Brad who has expertise adjudicating these cases, and that’s one of the services we provide,” he said. 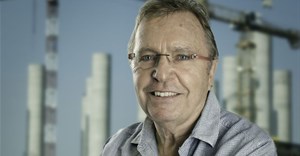 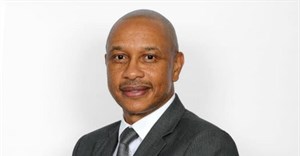 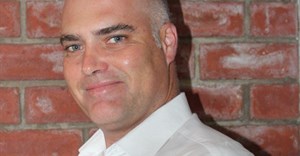 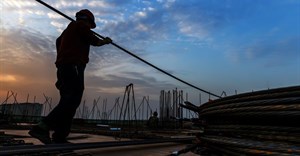 How digital tech can hamper crime on construction sites28 Jan 2022 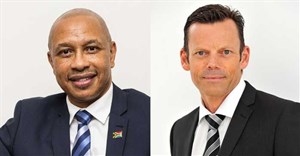 #BizTrends2022: Potential for slow but steady recovery of construction sector in 20225 Jan 2022 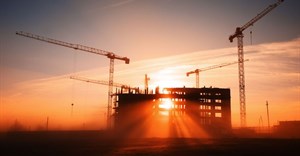