By: Eugene Yiga
"This financial crisis was caused by corruption at the highest levels of government and business. Like a cancer, legalised corruption eats away at the moral fibre of the world. Men and women of power, craving more power, sell their souls to glorify their egos, destroying lives and bleeding the wealth from people they are supposed to serve." These words, taken from Robert Kiyosaki's latest book, express the anger many still have from the financial crash. These words also express the underlying emotion in Tower Heist. The movie takes place in a luxury Manhattan apartment building. It's there where Josh Kovac (Ben Stiller) manages a team of staff that exists purely to serve every whim of the elite residents who live there. The richest of the rich, and living in the spectacular penthouse, is Wall Street titan Arthur Shaw (Alan Alda). Josh and he get along quite well, which isn't surprising when you consider how much effort the hard-working Josh puts into running The Tower as well as he does.

Unfortunately, Arthur isn't the warm and grandfatherly guy he pretends to be. The FBI arrests him for running a massive investment scam. Included in the money he lost is the staff pension fund Josh asked Arthur to manage. Now the only way Josh can right this massive wrong is by stealing the USD20 million he believes that Arthur is hiding somewhere in the apartment.

But it won't be easy. Arthur is under house arrest and guarded by the FBI. Plus, the only people Josh has to help him are a low-life banker (Matthew Broderick), a newly employed elevator operator (Michael Peña), and a clueless concierge (Casey Affleck). None of them know a thing about stealing. That's why Josh includes his neighbour and pre-school classmate (Eddie Murphy), a petty criminal who happens to be their only shot at a successful heist.

The plot of Tower Heist is somewhat stale. Bringing together an unlikely team to do the perfect crime is something we've seen in smarter heist movies before. I got the impression that screenwriters Ted Griffin (Ocean's Eleven) and Jeff Nathanson (Catch Me If You Can) just recycled the same the double-crossings, diversions, and loud trumpety music they've used in the past.

But wait, there's more. All the holes and inconsistencies make me think that Tower Heist was written for an audience that goes to the movies with the goal of leaving their brains in the car. And the all the coarse humour about lesbians and ladies' parts makes me think that the movie might be specifically designed for teenage men.


Why was it even made?

I still can't figure out why this movie was even made. I guess it was just to take advantage of the times (and possibly give the Occupy Wall Street campers something to do while they decide what they're fighting for in the first place).

There was a lot of opportunity for exploring how greedy capitalists have ruined ordinary lives. For example, the sub-plot about the doorman (Stephen Henderson) who could no longer retire after working all his life was really powerful. But since it's too depressing to think about stuff like that, the movie just glossed over it and moved on.

All this isn't to say that Tower Heist is a complete disaster. It's an okay movie for an okay night out. But if you see it expecting anything more than average, you're the one who'll end up getting scammed. 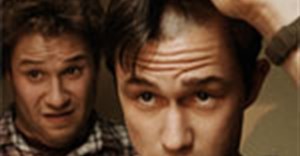