New York-based Lupi is co-founder of Accurat and author of Dear Data – a year-long project to determine whether she could use only data to get to know another designer all the way in London. She has a gift of conveying data through visuals. She told the audience that she approaches data in an analogue way and therefore always starts with sketching.

In describing her and King’s ambition, she said, “Kaki applies the techniques of both the drums and guitar when she plays her guitar. Listening to her playing is like listening to eight hands together. It’s truly incredible. What Kaki and I share is not our field of expertise, but our hands at work. What we aimed to do was to find ways to use data to deconstruct and reveal the textures of what makes the music that she plays so beautiful.”

Lupi’s project with King involved meticulously displaying Kaki’s melody, where she played her notes on the guitar and the movement she made with her hands while playing her song. Lupi developed specific symbols, lines and colours for each of these categories and the result was captivating.

How the data was developed

First Lupi and King collected ordinary and personal data about all the things they did with their hands and all the things that could be telling of their personalities. This included recording what or who they touched, what the gesture was and what the sensation was. They then let the data inform their collaboration.

The next part of the project was to document the way Kaki plays her guitar. In describing the symbols you see above, Lupi said, “Instead of focusing on a linear representation of her music, I played with a different approach. Following the repetitive nature of this song, which is clearly categorised by section."

King added, “The song that I wrote [for this exercise] was intended to have interchangeable sections that can be played one after the other, so that you could kind of randomise the sections and still have a successful composition. This allowed Giorgia to do something like this, which is almost circular and there’s a path that you could follow or take a diversion from.”

Lupi then explained the highly detailed process behind the visual, “Each section is one compound element, let’s call them flowers, where the number on the underlying lines that you see correspond to the number of beats, and the symbols above represent the song being played. Everything that you see on the top of this flower represents what Kaki does with her left hand and the bottom part is everything that she does with her right hand. So each of the thicker lines in the flowers corresponds to a measure in Kaki’s song. Then for each measure we have the internal dividers that follow the beat of the song.

“The temporary yellow lines are my read to over impose the six strings of Kaki’s guitar to show which strings she’s playing on. So, every note that she plays is positioned on top of the flower and corresponds with the strings. When you see the coloured, darker, rounded dots, it means that Kaki is playing on the down beat, which gives more structure to the song.

“On the top part of the flower, there are symbols for what fingers Kaki uses on each beat and what she actually does with her fingers – so the type of touch that produces different kinds of sounds.

“Then there’s the right hand at the bottom of the flower. The structure here is exactly the same and follows the top part symmetrically, so measures and beats are the same. What Kaki does with her right hand is highlighted by the different colours that you can follow through the song. This is super fascinating, because when you see the black dash on the right hand, it means that Kaki goes all the way up with her right hand to pluck a string on the neck of the guitar.

“When you look closely, you start noticing the differences between the flowers. The empty spaces at the bottom of the flowers, the repetitive patterns in similar sections which are highlighted by the same background colour. And perhaps you start to notice that there are two flowers that look slightly different, with fewer elements and no colours for the right hand highlighted – this is because these are percussive sessions that Kaki plays very differently.”

The experiment left King moved, as she read out a text to the audience that she had sent to Lupi during the process, “There’s this complete self-awareness. Not necessarily a bad thing. It’s just, I never paid this much attention to something my physical body is doing. Not in this way. Not even with a guitar and I’ve been playing guitar since I was four years old.” 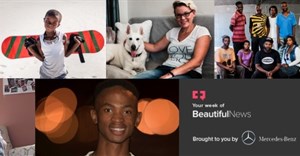 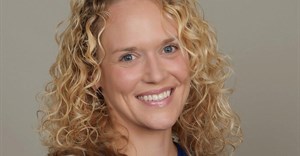 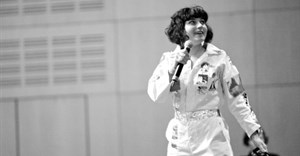 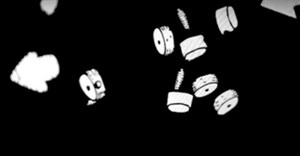 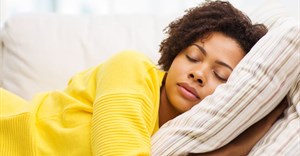 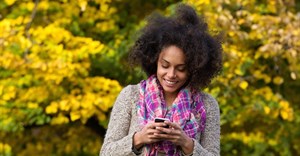 Do you personalise your marketing efforts?28 Feb 2017
More related